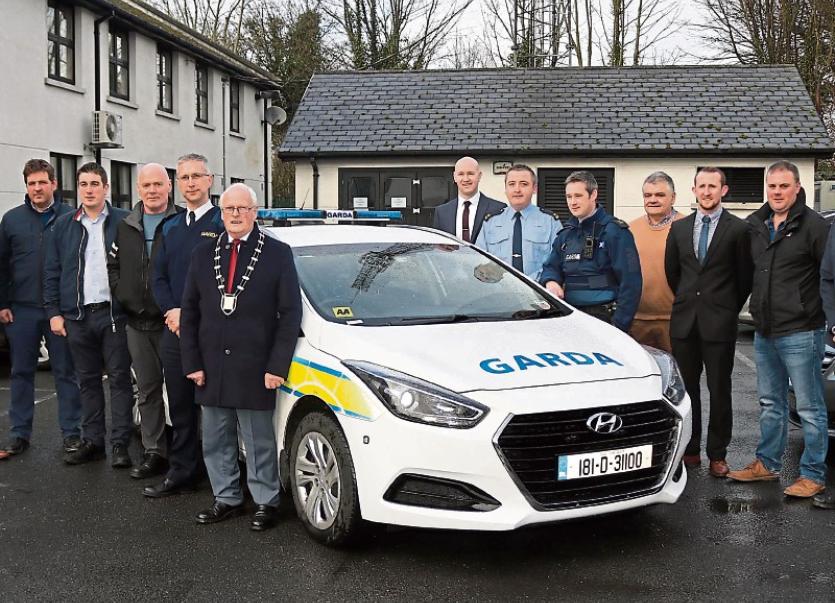 A BRUFF-based garda’s idea to help the fight against crime by using the eyes and ears of milk lorry drivers has been warmly welcomed in the farming community.

The new text alert system was launched last week by Garda David Hennessy, who came up with the plan, and Bruff Superintendent Brian Sugrue.

Over 50 drivers employed by Dairygold, Tipperary Co-Op and Kerry will report any suspicious activity they may have seen on their routes.

Gardaí will then carry out the relevant checks and if necessary, send out a text alert to drivers of the companies in order to make them aware of the incident. The pilot project will cover the whole of the county.

“Rural guards are low in numbers and any initiatives they can come up with that means they can give more of their time to fighting crime is good,” said Mr Galvin.

This reporting by truck drivers will probably piece crimes together. They will see suspicious activity because when truck drivers are going around at four o'clock in the morning there’s nobody up in most places - that’s when the real crime starts,” he added.

The Croom man said there is “huge fear” in the farming community and especially this time of year with the long nights.

“Farmers are coming into the busy season. Sometimes farmers would be afraid of going out into the yard when they’re calving cows. They could be thinking is there somebody else in the yard already?

“That's one of the fears. You walk out, there could be a fellow behind you and you get a bang of a shovel if you’re in his way and he's trying to do something,” said Mr Galvin, who describes it as a simple idea but a very effective one.

“It’s the simple ideas that are often the best. Hopefully it will reduce crime in the county and it can be rolled out further throughout the country.”

John Bateman, of Limerick ICMSA, said you have to welcome any kind of initiative because living in rural Ireland has become a “scary place”.

“There are loads of people living in isolated places. The guards do their best but they just don’t have enough resources, one or two cars for an area like this just doesn’t cut it, I’m afraid. Any help they can get is well deserved and they need it.

“If you go out at night they are one of the few people you meet, not only will they know what they should meet on the road, they know if there is something strange,” said John, who farms in Meanus.

Richard Heffernan, transport manager with Tipperary Co-op, said his drivers will do anything they can to help. He spent around 10 years collecting milk.

“There aren’t too many cars out on the road from two o’clock in the morning until six, especially on the quiet country roads.

“If you meet a car it is kind of an odd car that would be out. It could be a clue for the gardai,” said Mr Heffernan.

Diarmuid Cronin, of Muintir Na Tire, who helped set up the text alert said farm crime has been a curse across Ireland over the last number of decades.

“It is breaking the hearts of farmers to have their hard-earned graft stolen from out under their eyes, whether it’s machinery, small plant, animals, or just general destruction.

“Indeed, even the amount of litter that is dropped on the side of the road or into their fields.

“Also, the ability of criminals to come in and course across their farms, sizing up the situation to see if there is more stuff that can be taken on a later visit,” said Mr Cronin.

Instead, of farmers and rural dwellers living in fear he says this scheme will create a sense of unease amongst criminals.

“Criminals do some very inhuman things but they are human and, like every human, they fear too.

“This launch is to generate a sense of fear and a sense of unease that another step is now being taken by the gardai in cooperation with Kerry, Dairygold and Tipperary Co-ops to close down the ability of criminals to move through our countryside unhindered,” said Mr Cronin.