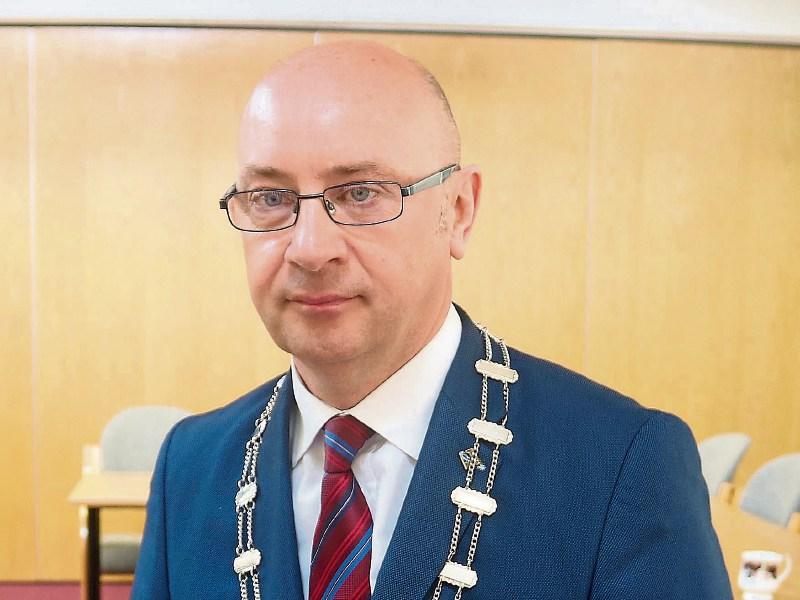 THE development of the Regional Athletics Hub in Newcastle West has been stalled because of a lack of central government funding, local councillor Michael Collins has claimed.

And he is concerned that, unless the project receives funding under the next round of Rural Regeneration and Development Scheme, it could be 2020 or even 2021 before this flagship project becomes reality.

“The project is ready to go. It is shovel ready. The tenders are back,” he said this week. But the finance to complete the project is not there.

“The project lost out in the first round of the Rural Regeneration and Development Scheme before Christmas, although Limerick City and County Council made a very detailed application,” Cllr Collins said. “I am calling on the government now to make the money available in the next round.”

The project, he pointed out,  began life back in 2015/2016 and a feasibility study was completed in June 2016.  Limerick City and County Council bought the land in February 2017 and planning permission was lodged later that year and granted early in 2018.

Along the way, €452,000 was allocated for the project from Hinterland Funds and matched by the council. In addition, a grant of  €96,500 was received in December 2017 under the Sports Capital Regional Scheme.

“It is going on for five years,” Cllr Collins said. “It is a project that has been supported by the community, by the council and by local councillors who have earmarked it as a legacy project for their five-year term of office.”

“It will be a legacy project,once complete, ” he insisted. But the timeline is dragging and meanwhile,  individual athletes and clubs have to go outside the area for facilities, the Fianna Fail councillor argued.

The feasibility study predicted the Athletics Hub would have potential users of up to 6,000 people by 2021, including Community Games and the disability sector, and would operate in a way similar to tracks in Ennis or Enniscorthy.

The current planning permission for the nine-acre site is for  a 400 metre eight-lane synthetic track with floodlights and a walking track around the perimeter. The application also includes a viewing canopy, hard and soft landscaping, a parking area and a temporary building for toilets and equipment. A more extensive dressing and changing room block is envisaged at a later stage.

There are to be two access points to the hub, one from the Dromcollogher Road and a second from the Bruff line.

Minister of State, Patrick O’Donovan pointed out that Limerick had benefitted hugely from the first round of Rural Regeneration and Development funding, bagging funding of over €7m for projects in the county and in the city. The Great Southern Greenway was awarded €2.7m, €3.8m was allocated to Murroe Community Hub and €626,369 to Glenbrohane Local Hub.

Another key Newcastle West project, the development of the council-owned Fullers Folly is continuing. The council commissioned a survey the best and most effective use for the iconic building. But this has yet to come before a meeting of Newcastle West councillors.

Meanwhile, some repair work has been carried out to the roof of the building which has been vacant for several years. It is understood that councillors and the Newcastle West Development Association are pushing to have the building open as a visitor centre this summer.