Anger at vandalism by old Corbally Baths in Limerick 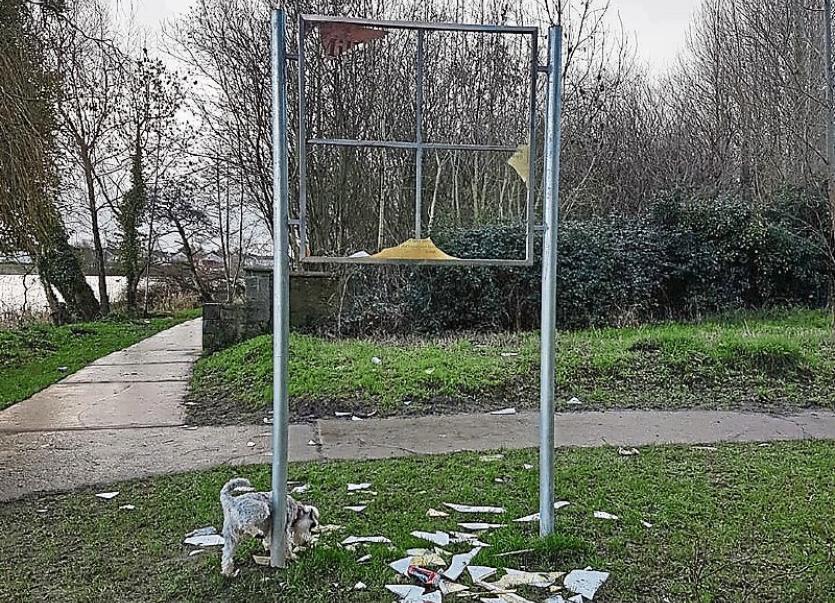 The damaged sign after the recent incident of vandalism

THERE has been widespread condemnation of vandalism at the Corbally baths on the Mill Road in Limerick.

The heritage sign next to the beauty spot was ripped from its stanchions last weekend, in a move which Labour local election candidate Conor Sheehan described as “disappointing and frustrating”.

Mr Sheehan, a Corbally resident himself, wants to see gardai on bicycles deployed to the area.

“I have been contacted by numerous residents who have told me that the entire Corbally riverbank area is a focal point for youths gathering and Gardaí on bikes need to visit these places at random times in order to combat the rising instances of anti-social behaviour in the area,” he said in a statement.

He said it is a shame particularly for the community at the Mill Road and Limerick Civic Trust, who have maintained the fairy garden and the area by the riverbank.

Fine Gael Senator Maria Byrne added that the Corbally community is “disgusted” by the vandalism.

“This type of anti-social behaviour is becoming an all too frequent an occurrence around the city. Unfortunately on this occasion it has resulted in the destruction of a heritage sign that was co paid for by grants from Limerick City and County Council and inserted by Limerick Civic Trust,” she said.

Ms Byrne urged anyone with any information to contact An Garda Siochana, and also called for the force to deploy more service to the area. If you have any information in relation to the vandalism, telephone Mayorstone Gardai at 061-456980.