‘Click and collect’ fears over redesign of Limerick’s main street 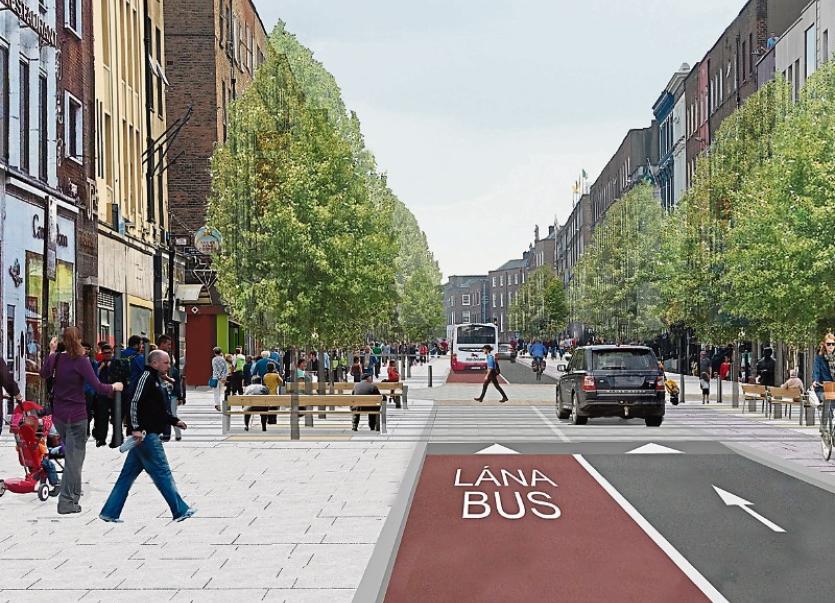 THE much-vaunted redevelopment of O’Connell Street in Limerick city could have negative implications on companies which are growing more reliant on ‘click and collect’ business.

That’s according to Kieran O’Brien of CompuB, which operates in the heart of Limerick’s main thoroughfare.

The practice of customers buying on the internet at home and nipping into the shop to pick up their items is soaring across the world.

But Mr O’Brien believes the city centre could lose more business to the Crescent Shopping Centre if traffic lanes are reduced on the main street, with this likely to be a central pillar of the €9m O’Connell Street revitalisation plan.

”It’s going to affect high-end tech. Your city centre retail and its equivalents are out in the Crescent Shopping Centre where there is parking. Now we are pedestrianising O’Connell Street, it is potentially going to cause an issue. It could potentially drive more retail out the city,” he said at a special Chamber event in the Savoy Hotel on retail in the city this week.

Mr O’Brien, who is chairman of Retail Excellence Ireland’s economics committee, also argued that big-name retailers might not wait while a pedestrianisation scheme – which could take 18 months – takes place.

Chamber chief executive Dee Ryan said she had met with council for an update on the project.

“The latest information I have is that more detailed plans will come back out to consultation in the coming weeks. It will be focused on a more condensed area in the city, and it will be looking at the vision on how it could operate. I will be working through it over the coming weeks and we’ll be coming back out to you,” she pledged.