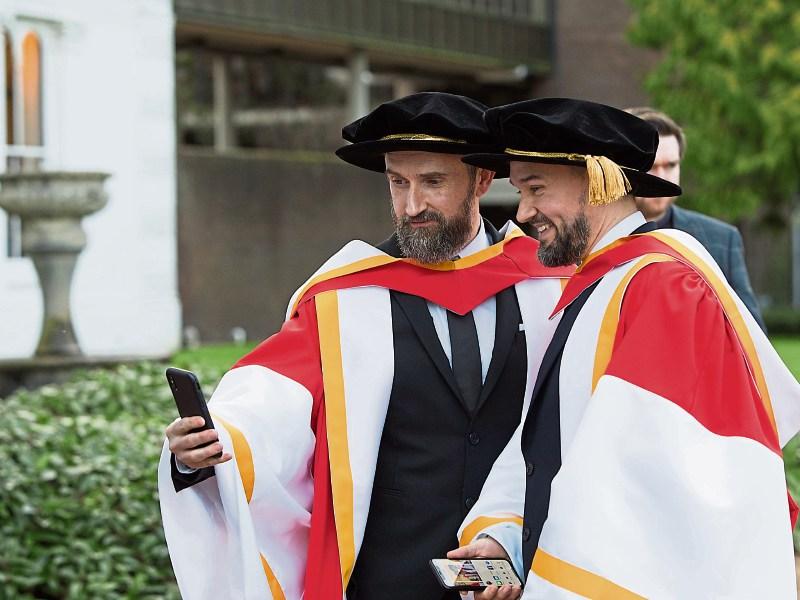 NOEL Hogan of The Cranberries likes the idea of commemorating the late Dolores O’Riordan and the band’s music in their native Limerick with an engraved replica of the couch used on the group’s album covers.

Following the first anniversary of the late rockstar's death in January 2018, calls have been made to honour the Ballybricken women with a permanent memorial in her home city.

Metropolitan Mayor Daniel Butler has suggested an engraved replica of the couch used on the group’s album covers to sit in the city’s new civic square at Project Opera.

“The couch, from what I've heard, sounds like a really nice idea because it's not something we were ever meant to be known for but from being on those few albums, it's certainly lived longer than we ever thought it would,” Mr Hogan said.

Mr Hogan was speaking as he received a Honorary Doctorate of Letters from the University of Limerick.

His brother and fellow bandmate Mike also received a Honorary Doctorate of Letters from UL.

A posthumous doctorate for Dolores was also presented to her mother Eileen O’Riordan.

Fergal Lawlor, The Cranberries drummer was unable to attend the ceremony and Mr Hogan accepted his award on his behalf.

“I guess the way to look at it really is that it's fantastic that they do want to honour Dolores and the band after all this time,” Mr Hogan said.

“It certainly shows to us how much people appreciate the work we did because for us, we loved doing it.”

“We were kids that had a hobby, that became a job that took off far greater than we ever thought. I think we thought if we got on The Late, Late Show, it would be great. We never really thought much further than that and here we are, doing something like this 30 years later, a few hundred yards from where we began.

“It's kind of surreal. I hope, and I’m sure it will, that who ever makes the decision (on the commemoration) in the end to do whatever it is, that it will be suitable and respectful.”

Last week, fans flocked to Limerick to remember Dolores on the first anniversary of her death, with an event in Ormston House in Patrick Street allowing them to pay personal tributes.