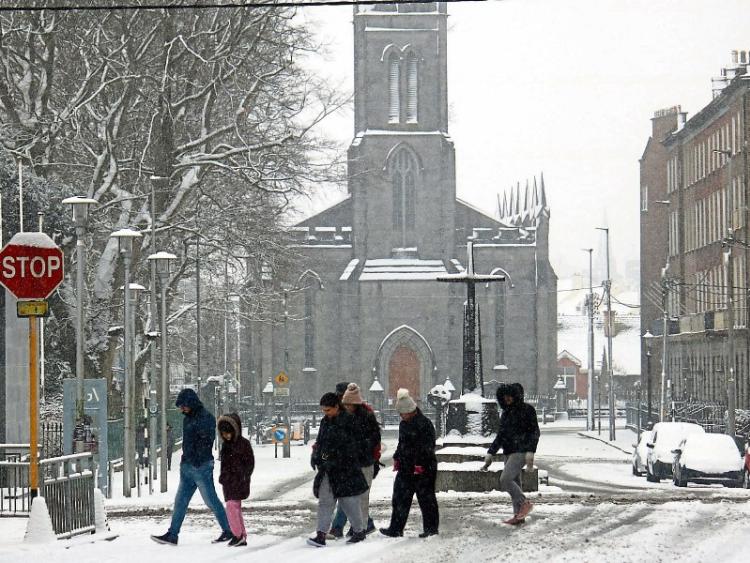 MET Eireann has issued a status yellow weather warning for snow and ice as temperatures look set to plunge to freezing.

The Status Yellow Snow-ice warning comes into effect this Monday night at 9pm for the whole country.

It warns that icy and slippery conditions are expected due to accumulation of ice and snow on untreated surfaces. The warning is in effect until 7pm Tuesday.

Scattered sleet and snow showers most frequent across Ulster and Connacht will occur but some showers penetrating into central and eastern areas at times with the odd flurry further south. Accumulations generally 1-2cm expected. Wintry showers becoming confined to northern areas by late evening.

The forecast for Munster this Monday night is for scattered wintry showers of rain, hail and sleet, with snow on high ground.

Cold with lowest temperatures of zero to minus 2 degrees, with frost forming and ice on untreated surfaces.

Tuesday will be very cold with sunny spells and occasional showers of rain, with some hail or sleet showers in the morning. Highest temperatures of just 4 to 6 degrees with moderate to fresh, west to northwest winds.