My Limerick - Steve Ryan: ‘We have a unique ability to laugh at ourselves when needed’ 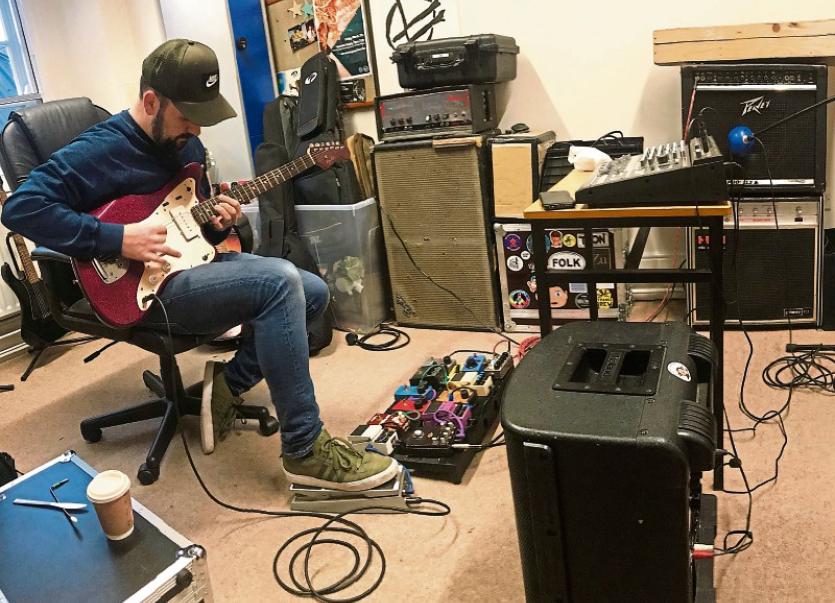 We have two young kids, so we know we are onto a winner anytime we go to the Milk Market or Curraghchase. We usually head to the Market on Sunday morning, when it's a bit quieter. Curraghchase is an amazing facility, but if we're not feeling like the spin out from Dooradoyle, we'll head to the playground and park in Mungret, or into People's Park. That's the reality of what we do on weekends. My *idea* of a perfect weekend in Limerick would be more or less the same, but start about two hours later, and would include a lot more sitting around!

We lived in Knockea, Ballyneety until I was about six or seven, so a lot of my early memories would be of walks with my mom through what seemed like endless green fields. I loved that. One of my first memories of Limerick city is of going with my parents to see my uncle perform in a Tops Of The Town in the Savoy Theatre. The memory is vague, but I distinctly remember there being red velvet almost everywhere. The walls had red velvet drapes, the seats were upholstered in red velvet, and it was huuuuuuge! As I said, the memory is vague, so it may well have been tiny and everything coloured blue. But I don't think so.

What’s your favourite part of the county and why?

After Knockea, we moved to Milford Grange in Castletroy. So Milford was where I grew up I guess. NIHE/Plassey/’The College’/UL was always on our doorstep, and was easily the best playground we could’ve asked for. My Dad was a builder back then, and actually worked on a few of the first buildings that went up out there. So we’ve watched it quite literally grow from a small college, into the astounding campus it is today. It’s fair to say that UL holds a special place in my heart I guess. More recently, through my role with Music Generation, I now work a couple of days in the Irish World Academy too, so I consider myself pretty lucky!

Not to seem like I’m on commission or something, but I love spending time out in UL, and I enjoy just wandering around there on weekends. You can walk by the river for ages, and even cross over bridges to the other side. I believe doing that brings you to a wonderful little area of Co. Limerick that I've heard the locals refer to as ‘Clare’.

Weeellll, I think We have a low threshold for nonsense, and we know this. We also have a unique ability to laugh at ourselves when needed. Sometimes non-Limerick folk make the mistake of laughing too. But WE control the laughs, so follow our lead stranger!!

My base with Music Generation is in the Music Generation Creative Centre on Cecil Street. So i tend to run between Cafe Rose on Roches Street, Canteen on Catherine Street, and Rift on Mallow Street. A triad of tantalising tastes! (Please leave this in, it could be the best thing I’ve ever said, and it took me ages to think of it!!!)

Very carefully. And probably from a distance, in case they'd hear me like.

Pretty important. It’s definitely a unifying thing across our city and county, and there’s a massive love for it here. It brings together people of disparate backgrounds, and helps create communities that may not have existed otherwise. I’m ok with Sport.

If you could add one amenity to Limerick, what would it be?

Low priced short-term accommodation in the city centre would be useful. It’s hard to believe that Limerick city still can’t provide this to visitors to be honest.

I’d say it is probably public transport. It exists like, but in a way that seems almost willfully antagonistic to use. I know that it is not an easy solve, but public transport needs to be reliable first and foremost, and it isn’t. I also know that heavy traffic caused by private cars has a lot to do with this, so it’s a bit of a vicious circle. It’s a challenge for sure.