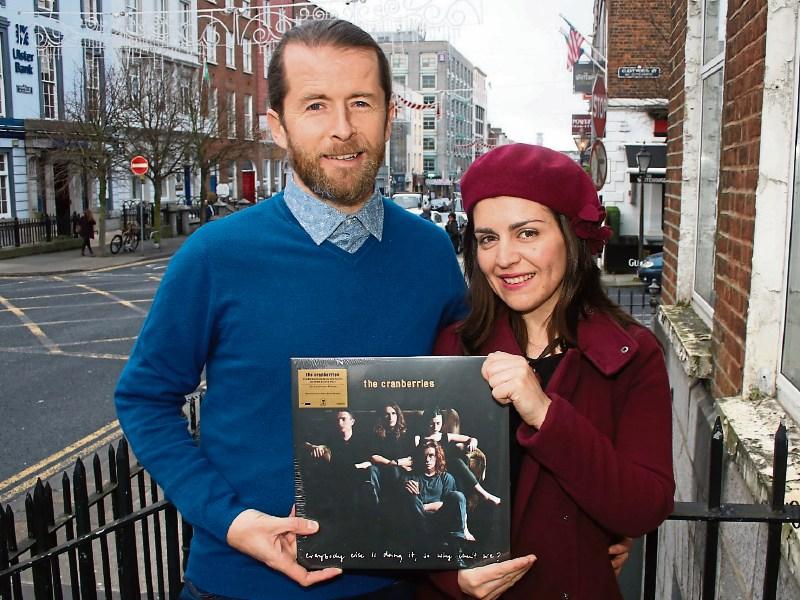 Mark O'Connor and Stefania Bardi: The open house for fans of The Cranberries and Dolores O’Riordan takes place this Tuesday Picture: Adrian Butler

AN Open House for fans of Dolores O’Riordan will take place in Limerick this Tuesday, one year to the day after the star’s tragic death.

With fans of The Cranberries set to descend on Limerick to mark the first anniversary of the singer’s passing, Ormston House will be open between midday and the evening to allow fans to share their memories of the hugely talented vocalist.

Local musician Mark O’Connor, Ennis Road, has teamed up with ​fan Stefania Bardi, Mayor James Collins and the council’s arts office for ‘Piano for Dolores’, which he hopes will demonstrate that Limerick is still thinking of the late rock star.

“We are giving a space for remembering her. We want people to bring your memories, bring your poems, bring your songs. Original things you have written about her. We appreciate it’s still difficult for the family. It’s our way of saying that we are still thinking of her,” Mark explained.

They plan to stream the event, and ask people in attendance what their first memories of The Cranberries are, and how they feel Limerick should remember Ms O’Riordan.

There will be a book of memories, and a portrait of her in Ormston House, with a piano the focal point.

Between 12noon and 6pm, members of the public are invited to come into Ormston House to remember Dolores and pay their respects in a quiet and personal way. There will be some musical performances from 6-9pm.

Stefania says she first came across The Cranberries in her native Italy back in 1995: the band’s track Dreams was the song for a 1990s reboot of the Flipper series.

Sheila Deegan, Culture and Arts Officer with Limerick City and County Council, said: “Dolores O’Riordan touched the hearts of so many people, and this was shown by the thousands of people who signed the book of condolence and turned out to pay their respects when we heard of the tragic news last year. This event on Tuesday is a way for people to remember the great musician in a very personal way.

“Ormston House will be open from 12 noon to allow you to come a reflect and remember in whatever way you wish. Limerick City and County Council is delighted to be supporting this event. Dolores’ mother Eileen and family have been informed about the event and are happy it is taking place. We are speaking with them about how best to continue to honour Dolores’ memory.”

All are welcome at the open house. Telephone 061-407100 and ask for the arts office for more information.