Vicky Phelan accuses Taoiseach of being 'all talk and no action', at Limerick ceremony 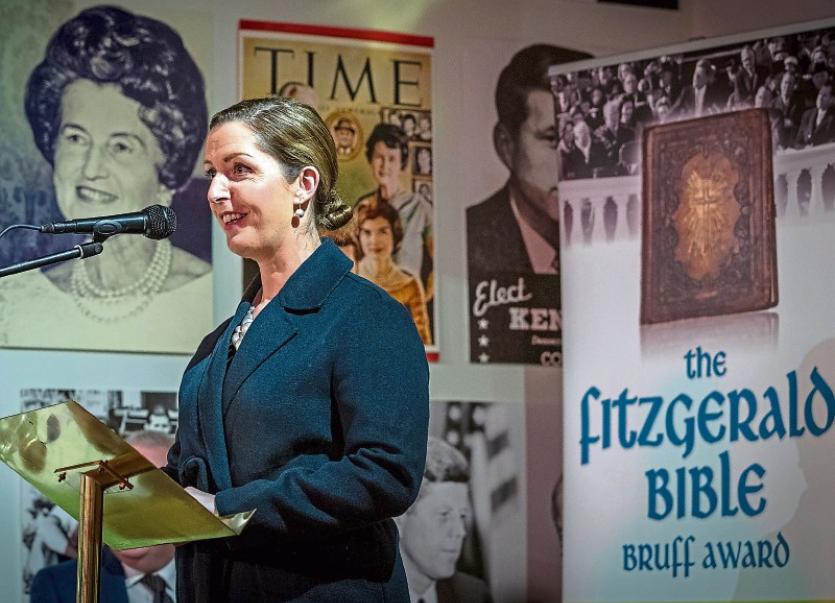 Vicky Phelan said the Taoiseach doesn't inspire her with confidence when speaking at the Fitzgerald Bible Award in Bruff Picture: Keith Wiseman

Ms Phelan was speaking a year after she was given a terminal cancer diagnosis after previously receiving a false negative smear test result.

According to a report by the Irish Examiner, she described the Taoiseach as “all talk and no action” over the handling of the crisis.

And she said “he doesn’t inspire me with confidence”.

Ms Phelan, 43, made the comments about the Taoiseach in an interview prior to being awarded the Fitzgerald Bible Bruff Award for 2018. She later received a standing ovation from those gathered, for her public speech at the Thomas Fitzgerald Centre in Bruff.

The award represents the legacy of former US President John F Kennedy as inspiring others to seek justice by taking responsibility for political and social action.

“At least you know that there is a willingness there, where there isn't in other (government) parts,” she added hinting her disappointment with others at the Cabinet table.

“I wouldn’t have that same confidence in the Taoiseach, put it that way. He doesn’t inspire me with confidence”, Ms Phelan continued.

"I think he is very much ‘all talk’ and ‘no action’, and I just don't get (the) sense, that he thinks this is as important as what it is really, when you consider half the population in the country are women, and every woman in this country has to have a smear,” she added.

In response, a spokesman for Mr Varadkar said: “The Taoiseach has the highest regard for Vicky Phelan. When they met last year he was impressed by her courage, and by her commitment to the CervicalCheck programme. Her input and advice continues to guide the Government’s response.”

“The Taoiseach and Government are very much guided and act on the advice of Minister Harris when it comes to CervicalCheck as he is the line Minister dealing with it. The Taoiseach, like Vicky, has said he wants something good to come out of this controversy.

“That means implementing the Scally Report in full and working to ensure that Cervical Cancer becomes a rare disease through the expansion of the HPV vaccine to boys, and improving screening by becoming one of the first countries in the world to bring in the new smear test. The Taoiseach and Minister Harris working together have ensured both these things will happen this year.”