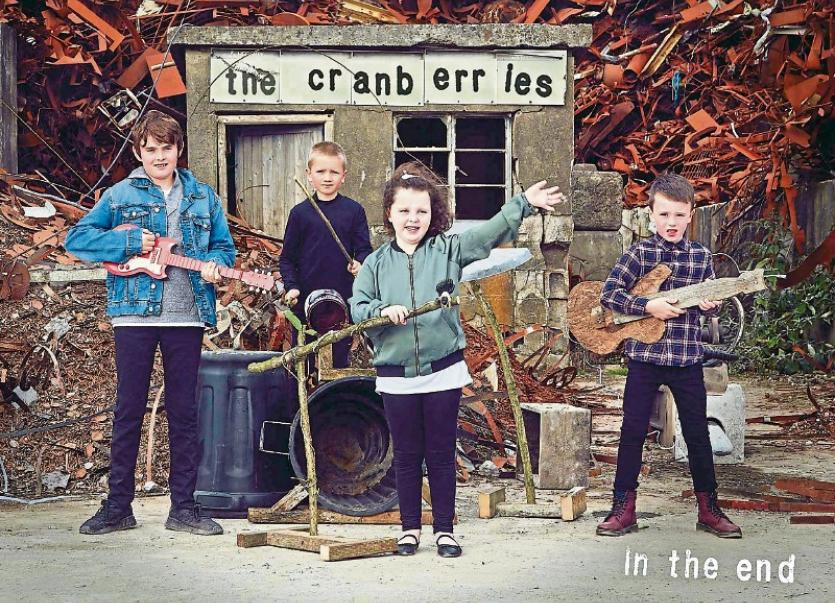 The cover of the new album by The Cranberries, In the End

DAYS ahead of the first anniversary of the tragic death of their lead singer, The Cranberries have released details of their new album.

The album, titled In the End, will feature vocals from Dolores O’Riordan, recorded before her sudden death last year.

The first song will be released on the date on the first anniversary of the singer's death, next Tuesday, January 15.

The news was announced by the band members Noel Hogan, Fergal Lawler and Mike Hogan on the band’s official Facebook page.

The bandmates explained that after Dolores’ unexpected passing in January 2018, the band took some time out and put all plans on hold.

“As time passed, we began to think about how we might best honour our close friend and bandmate. This was a very painful process. We remembered how Dolores had been so energised by the prospect of making this record and getting back out on the road to play the songs live, and realised that the most meaningful thing to do was to finish the album we had started with her. We felt that this is what she would want. We spoke with Dolores’ family and they agreed,” said the band.

“It was a very emotional process for us. Knowing that we would never get to play these songs live made it even more difficult. There was also an overwhelming sense of finality knowing that this was the last time that we would be in the same studio together working on a Cranberries album,” they added.

The band also took the time to thank Dolores’ family, as well as their fans.

“We would like to take the chance to thank ours and Dolores’ family and friends and all those who worked with the band over the years. To our fans, who have stood by us for almost 30 years; thank you, without you, none of this would have been possible. It has been an incredible journey,” they said.

“We dedicate this album to our dear friend and bandmate Dolores. She will always be with us in her music,” they finished.

The Cranberries lead singer died in a London hotel room by drowning due to alcohol intoxication, an inquest at Westminster Coroner’s Court heard last September.

The inquest heard she was found submerged in the bath in her room at the Park Lane Hilton hotel.