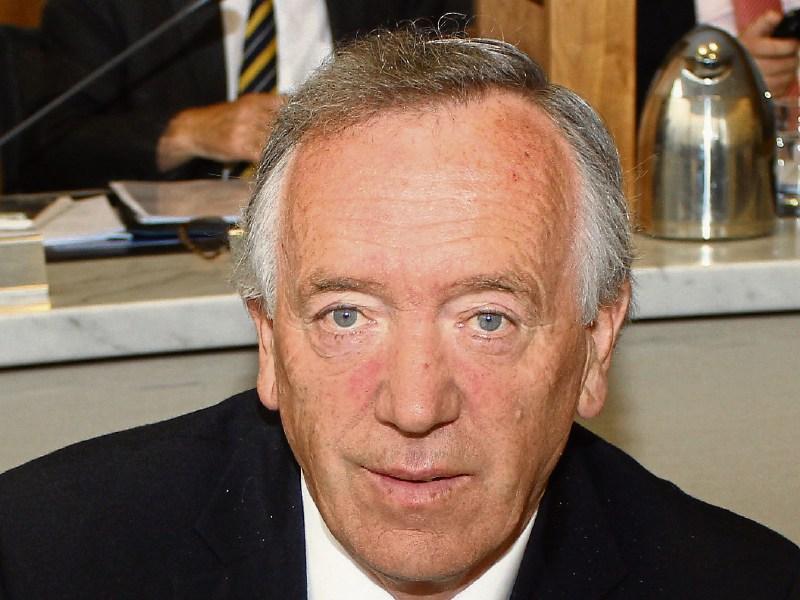 LIMERICK council is not doing enough about dereliction in Rathkeale, according to Fine Gael councillor Stephen Keary.

And he called this week for a compulsory purchase order to be placed on a derelict estate of 30 houses at Ballywilliam on the outskirts of the town.

“There is a dire need for social housing,” he said at a meeting of Adare Rathkeale councillors this Tuesday. “We are dragging our feet in making houses available.”

And he asked, how much it would cost to rehabilitate the houses at Ballywilliam. “I don’t know what contribution levies were paid or if they were,” he continued. “ But there is no sewerage and no water there.”

“This is a site that should be CPOd,” he said. “It is owned by 30 owners which was a mess, a mess from the start.” However, he did not accept that tracking down the owners and dealing with the paperwork would be as difficult as director of services Caroline Curley seemed to suggest.

For a fee of €150 per house, he argued, it would be possible to get the details of each owner from the Land Registry.  “All you will get is the list of those registered as owners,” Ms Curley repsonded.

But Cllr Keary was adamant that posting notices on each house would put the word out very quickly. “Ye are not doing enough,” he said. “Go in there and post notices. The people can come out of the woodwork or out of the ratholes or wherever they are hiding.”

Last year, as Mayor of Limerick City and County Council, he added, he had brought Pat Daly, the council’s director of services for economic development and planning , to see the estate at Ballywilliam where the council’s own environment section had carried out a clean-up. “He said he would get a report done on it. I am still waiting.”

Cllr Adam Teskey questioned whether the Ballywilliam estate was included in the council’s target list of dealing with dereliction.  “What are we going to do with it?”, he demanded, proposing that dereliction should be on the agenda for every meeting in future.

The primary focus of the special unit for dereliction was on Main St and after that “moving out to other areas” Ms Curley informed him. But the council was “seeking to resolve” the issues at Ballywilliam estate under the various laws, councillors were told.

Cllr Kevin Sheahan asked that the Land Registry website be availed of and the list of owners brought before the next meeting.