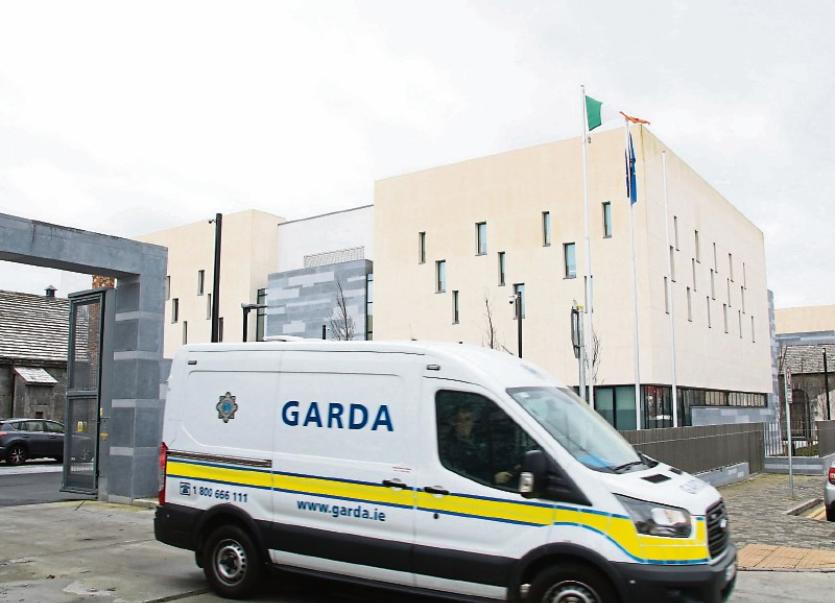 The trial is being heard at Limerick Circuit Court

A WITNESS in the trial of a Limerick man who is accused of pulling a handgun from his pants has been accused of inventing a story to do him down.

Liam ‘Lika’ Casey, aged 34, of Hyde Road, Prospect has pleaded not guilty to a single charge relating to an alleged incident at Caledonian Field, Ballinacurra Weston on May 6, 2016.

Giving evidence at Limerick Circuit Court this Thursday Michael Shannon said he was with his girlfriend ‘chilling out’ in an area of waste ground at around 5pm when he saw Mr Casey approaching.

The 23-year-old told John O’Sullivan BL, prosecuting, the defendant was “keeping a nice little pace” and that he saw him pull “something from his pants” as he approached around 30 metres away.

When asked what the item was he replied: “A black handgun”.

Mr Shannon said he immediately turned and ran away because he was afraid he would be shot.

Cross-examining the witness, Mark Nicholas SC suggested his evidence had been an “absolute invention” and that events did not happen as he claimed.

“You want to finger and nail Liam Casey with your invention,” he said.

Mr Nicholas put it to the witness that members of his family were involved in a dispute with his client around the time and that he wanted to “do him down” to help that cause.

Mr Shannon denied this saying he was not involved in any dispute.

The jury was told there was a conflict between Mr Shannon’s direct evidence and what he told gardai when interviewed following the alleged incident. “It’s a long time ago,” Mr Shannon commented on several occasions.

Mr Nicholas submitted that CCTV footage recorded a short time after the alleged incident directly contradicted aspects of his evidence.

The witness confirmed he attended Roxboro Road garda station to carry out some ‘personal business’ at around 6.15pm on May 6, 2016 but did not tell gardai about what had happened.

“I felt I would not be believed,” he told Mr Nicholas.

The trial continues before Judge Tom O’Donnell and a jury of seven women and five men.