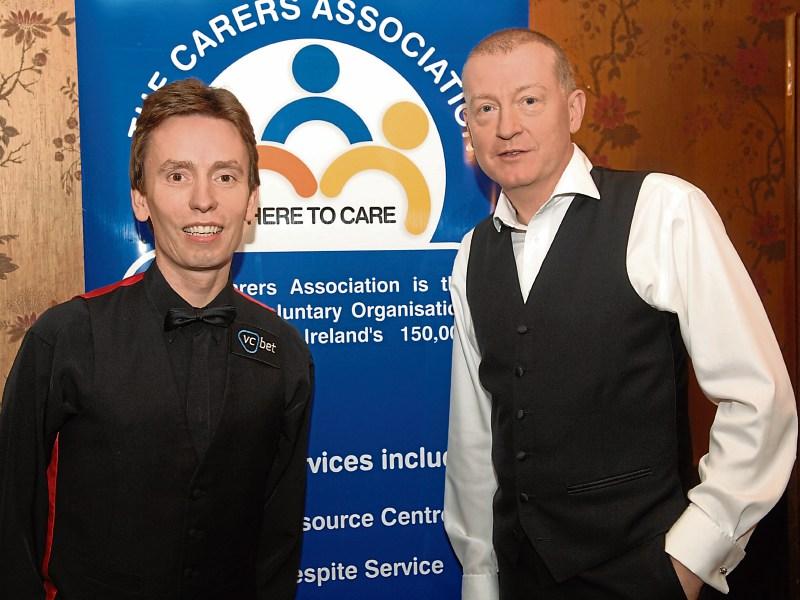 ALL the VIP tickets for this Thursday’s Snooker Spectacular in Newcastle West have been sold.

The 100 VIP ticket holders will now have their own ‘meet and greet’ session with snooker champions Steve Davis and Ken Doherty this Thursday evening before the doors open for the main event which is taking place in the Longcourt House Hotel.

But, according to Pat O’Donovan who is organising the event, there are still some 50 or so tickets available to be bought on the door for the very reasonable price of €20.

And he promised a great night’s entertainment to all those attending. ““It should be a great and exciting night. The two men joke with one another, with other guests and with the audience and there is great banter between them,” Mr O’Donovan said. “I was at a snooker exhibition where the two of them  were playing down in Cobh last year. It was most enjoyable and I thought it was a superb night’s entertainment. Steve Davis was doing trick shots and telling jokes at midnight.”

He also promised another exciting plus for the local audience. “Two local players, Gerry Keogh and Keith Masse, will be going up against the champions.”

In addition, there will be special auction slots on the night where the top bidders will get their chance against the former world champions. Snooker cues, signed by the two men, will also be up for auction.

Interest in the event, has been huge, according to Mr O’Donovan with enquiries and people coming from far and wide.

The event is a fundraiser for West Limerick Community Radio and Friends of St Ita’s.