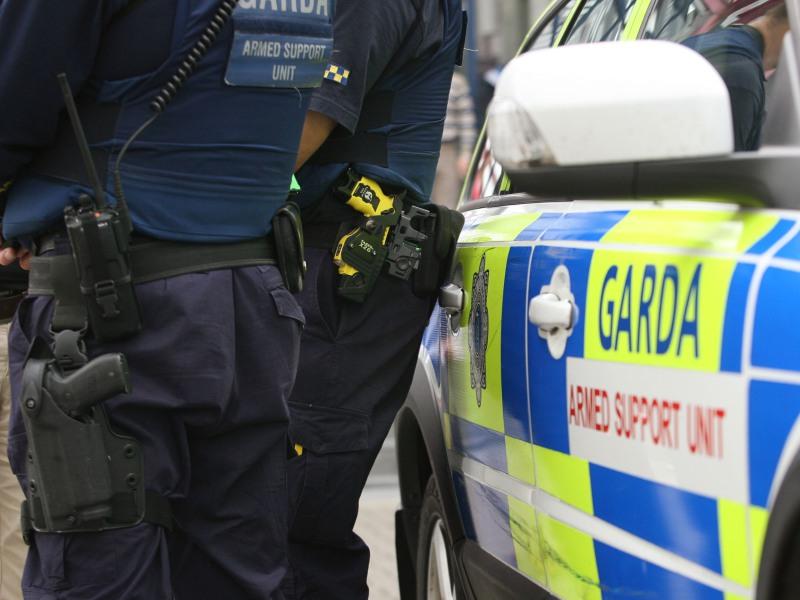 Gardai had put in place a policing plan for Rathkeale over the Christmas period, which included the presence of armed gardai

GARDAI in Limerick believe a young man who sustained around a hundred wounds to his head and face when he was attacked on Christmas Day in a county town was targeted in retaliation for an incident which happened almost two years ago.

The victim, who was treated at University Hospital Limerick, was attacked outside a house at Fairhill, Rathkeale at around 8.20pm on Christmas night.

Gardai believe the man, who is aged in his late 20s, was struck with a glass bottle and received multiple wounds which required a large number of stitches.

“He was glassed in the facial area so it was nasty alright,” said one source.

While gardai attended the scene of the altercation on the night, a formal complaint was not made for a number of days.

It’s understood both the victim and the suspect are members of the Travelling community.

“Because the pubs are closed (on Christmas Day) they go from one house to the other – it’s a tradition and one fellow was lying in wait for his target and something like that can happen in the blink of an eye,” said a garda source.

The Limerick Leader has learned investigating gardai believe the incident was linked to another violent altercation which happened in Rathkeale in March 2017.

“Both parties would be known to each other and to us, there was in incident on Paddy’s Day back in 2017, there was a serious assault and violent disorder so it’s connected with that,” said one person familiar with the investigation.

While the victim in the Christmas night attack did not sustain life-threatening injuries, gardai are treating the matter very seriously and have launched a full investigation.

While a suspect has been identified, he was not present when gardai attended the scene and efforts to locate him since have been unsuccessful.

One possibility being pursued is that he has left the jurisdiction.