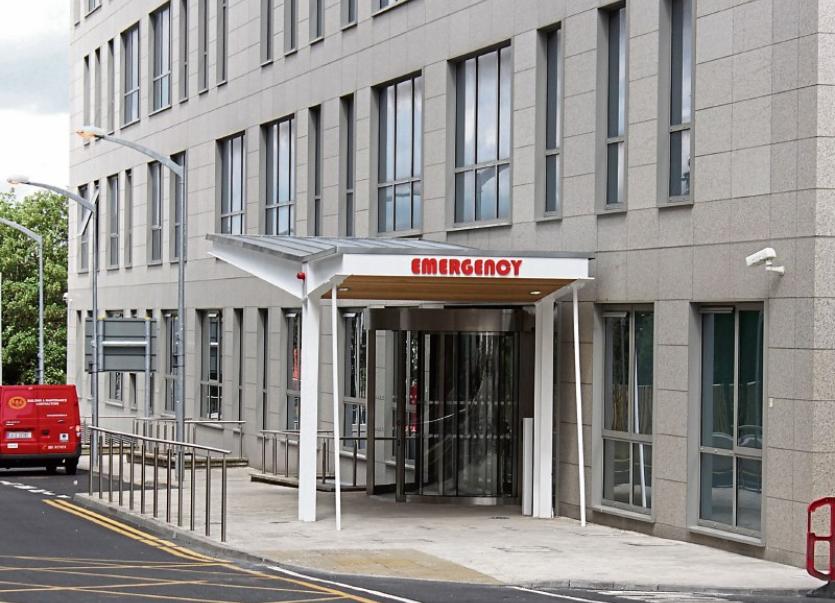 PATIENTS were so impatient with the lengthy emergency department waits at University Hospital Limerick over the Christmas period that they instead resorted to getting treated in Dublin, according to a local GP.

And according to another GP, the “overindulgence of food and drink” was responsible for a large number of presentations at the clinic over the festive season.

And while trolley numbers significantly dipped in the month of December at UHL, the hospital was still the worst affected in the country by overcrowding, according to new Irish Nurses and Midwives Organisation figures.

A total of 790 patients were treated on trolleys at UHL last month, proving to be the worst December for overcrowding at the hospital since records began in 2006.

Adare GP, Dr Yvonne Williams said that some of her patients “dreaded” going to the emergency department at UHL.

“I had patients who travelled up to Dublin as couldn't face the ED waits. They had gone in, waited hours and left,” she said.

Dr Jason McMahon, of Treaty Medical Centre on the Ennis Road, said that over the Christmas period people “put themselves under a lot of pressure financially and otherwise when families get together and then a lot of depression surfaces at this time of the year also as a result”.

He added: “Overindulgence of food and drink is responsible for a good number of presentations too. A lot of other presentations come with ‘just in case we get sick over Christmas doc!’. We need a crystal ball for those.”

UHL had the highest rate of overcrowding in the country in 2018 and for the third year in a row.

According to annual figures published by the Irish Nurses and Midwives Organisation, there were 11,437 patients treated on trolleys in the emergency department and wards at UHL in 2018.

This is the first time, since records began in 2006, that a hospital has exceeded 10,000 patients in any hospital around the country.

UHL also saw a massive 29% increase in trolley patients in 2018 in comparison to the previous year when there were 8,869 patients on trolleys.

In response, a spokesperson said: “Since early December, services have remained very busy in the Emergency Department (ED) at University Hospital Limerick (UHL) with increased patient attendances and patient admissions, many of these were over 75, frail elderly patients with complex care needs.

“The ED at UHL is still one of the busiest in the country and the attendances to the end of December 2018 were just over 72,037 which represents a 6.2% increase on 2017. There were 1,682 attendances to the ED between 24th of December and 1st January 2019. All surge capacity is currently open to accommodate high volumes of patients requiring admission, including the new 19 bed Acute Medical Assessment Unit and the Surgical Day Ward, 11 beds.

“As part of our planning for the Winter period we have been promoting, through the media the use of the Local Injury Units. For the 24th December to the 1st January we have had an 18.1% increase in our attendances at St. John’s Hospital and a 9.1% increase in Nenagh hospital.

“UL Hospitals Group sincerely regrets that any patient has to face long waits in our Emergency Department (ED) during busy periods and any distress or inconvenience this causes to patients and their loved ones.

“Approximately seven in 10 patients will be assessed, treated and discharged home. Patients admitted through the ED can face long waits for a bed but continue to be treated while they wait. It is acknowledged that there is a demand and capacity mismatch and we welcome the recent funding announcement by the Minister for Health for the 60-bed build at UHL.

“In addition a 96-bed block has also been included in Project Ireland 2040. It is in the interests of patients and staff that these beds are provided as soon as possible and we are focused on achieving that. Until then, we will continue to progress initiatives that alleviate the pressure on the ED in UHL.”

In total, there were 108,227 patients on a trolley nationwide, which was described as “the worst year on record”.

The INMO has said that its executive will meet next week to set dates for strike action.

Its general secretary, Phil Ni Sheaghdha said the health service, nationally, does not have enough beds to support the population.