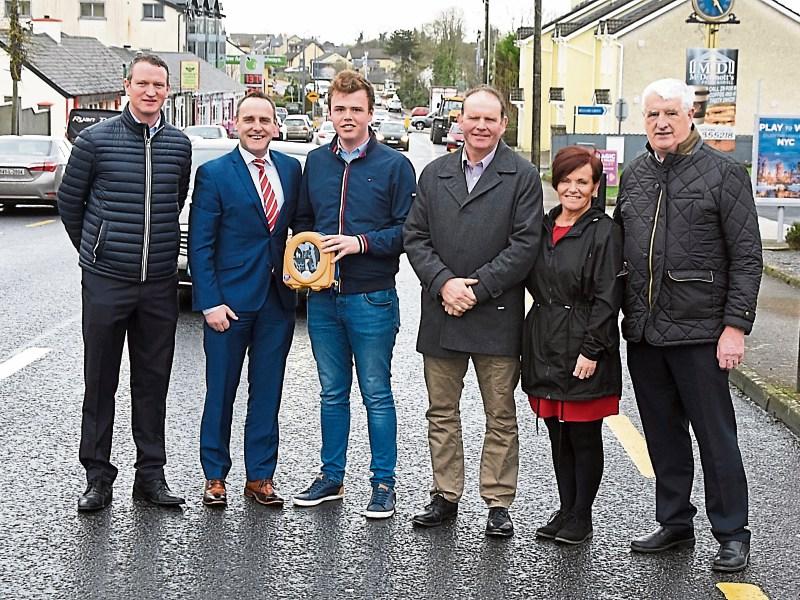 THE Community of Patrickswell received an early Christmas present after Ce-Tek, a medical supply company based in Castletroy, donated a defibrillator to the village.

The donation was made following the theft of the lifesaving equipment from outside the local church two weeks ago.

Ger Hickey, the general manager of Ce-Tek Medical said: “As a company, we take our social responsibility very seriously. It is very disappointing to see life-saving equipment being vandalised and stolen.

“We at Ce-Tek Medical are delighted to be able to help out the Patrickswell community.”

“A defibrillator could save someone we know and following the theft, I had been concerned on how we were going to get the device replaced.

“Due to the cost associated with purchasing one, I knew this wouldn’t happen overnight,” said Mr McSweeney.

“I was delighted to be approached by Ger  in the days following the theft.

“He informed me that Ce-Tek Medical was willing to donate a new defibrillator to the people of Patrickswell,” he added.

Mr McSweeny explained they are now looking for a new location to position this defibrillator and it is hoped they will have it in place for the New Year.

Patrickswell Community Council has expressed their gratitude to Ger and all at Ce-Tek for their generosity.

The use of a defibrillator and the delivery of CPR by a trained person whilst waiting for the ambulance to arrive can increase the survival rate by four fold.

The defibrillator which was stolen was one of two in the village which were put in place 10 years ago through a fundraising effort by the Patrickswell Community Council.

These defibrillators are maintained  by the Community Council in Patrickswell.