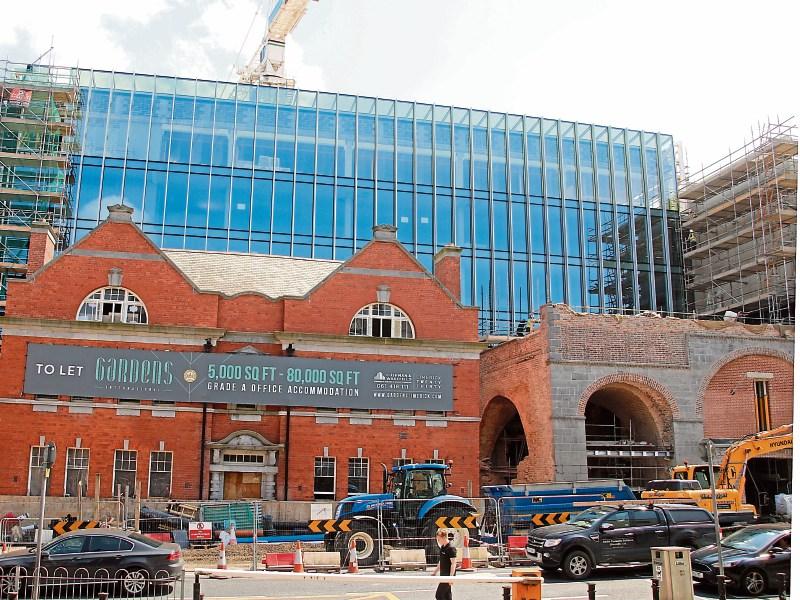 The continuing improvement in Limerick's economic fortunes has provided a platform for some record residential and commercial sales this year.

House prices continued their upward curve in Limerick, with the average price of a property recorded by www.daft.ie in October as being €191,000 in the city, and only slightly less in the rural areas.

Business for GVM auctioneers increased by around 15% in 2018, its group property director Tom Crosse reported.

“The residential market remains quite strong with prices increasing up to 10% city-wide. Rural areas remain slow to recover and prices, while increasing, are not doing so at the same pace. There is a move in the direction of people being able to concentrate their efforts at living in the city,” he said.

There is also a re-emergence of house building in the city suburbs. One development at Punch’s Cross was sold out in a few months, with a massive €5m in sales being generated in a single day, Mr Crosse reported.

Michael O'Connor of REA, said that 2018 was the year which saw Limerick return to a greater supply of housing stock, citing Slí na Manach in Mungret and other developments in Castletroy and Raheen.

This will increase in 2019, he predicts, albeit coupled with a slight slowdown in property prices.

“The slowing down of increases is definitely already happening - it’s happened in the last quarter. I’d expect us to return to a normal market by the end of the year. In saying that, affordability is everything at the moment, and the market is very price-sensitive."

REA here has held several auctions, with 250 properties sold, many for between 20% and 30% above their reserve.

In terms of the commercial sector, Mark Cusack of DNG, is reporting a strong year across all sectors.

He said: “In particular, the office market was very buoyant with the main take up from the likes of financial based companies such as Northern Trust, IT based companies such as AMCS and aviation firm Nordic. Limerick office rents look very attractive by comparison to Dublin. However, it is interesting to note that there is a wide disparity in the office market with take up from small to medium sized businesses at a much slower rate.”

The main commercial projects under construction in Limerick include office developments at City East Plaza, the Ballysimon Road and Gardens International, Henry Street.

“The outcome of Brexit will have a very strong knock on effect on the market here,” Mr Cusack added.

A surprising factor for Gordon Kearney, Rooneys Auctioneers, has been the upsurge in demand for Georgian buildings, which in previous years had been quite low.

He said: “I sold a portfolio of these recently. The majority have been brought by investors and homeowners converting them to residential use. None of them have made astronomical figures, and that’s what makes them so attractive, as they are keenly priced. This sector has been one of the most active during the year.”

The biggest challenge remains retail, Mr Kearney warns, adding: “The vacancy rate is continuing to fall, but the mix of retail is changing from the traditional clothes shop to lighter-use such as cafes, restaurants, donut shops and the like. Retailers are expanding more to online rather than bricks and mortar. It’s somewhat worrisome for the high street.”