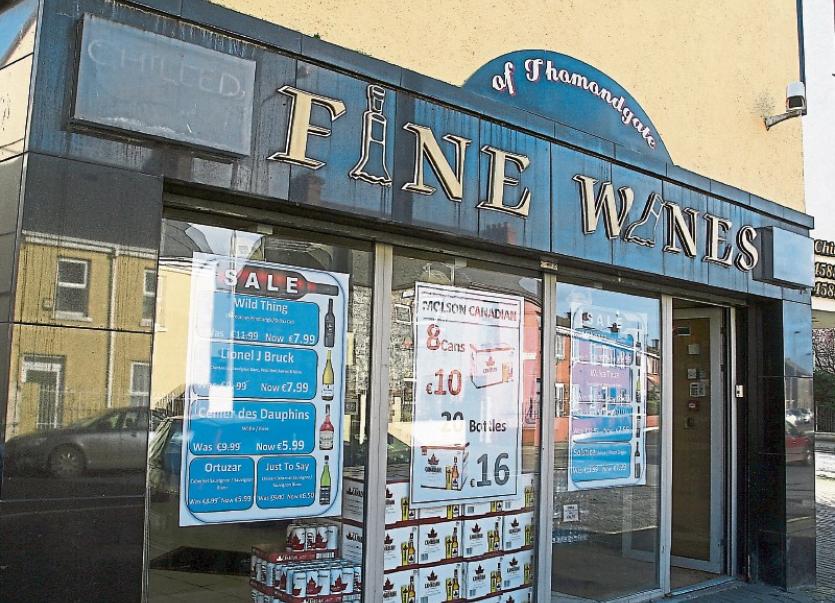 A MAN who produced a knife and threatened a worker at an off-licence in the city has been warned he will go to prison if he does not stay out of trouble.

Gary Long, aged 40, of St Laurence's Park, Garryowen had pleaded guilty to charges of assault and attempted robbery relating to an incident at Fine Wines, Thomondgate on June 17, 2014.

During a sentencing hearing, Detective Sergeant James Ruddle told Limerick Circuit Court after entering the premises at around 7.10pm and brandishing the knife at the duty manager, the defendant attempted to go behind the counter.]

He was confronted by the the worker who sustained hand injuries during the ensuing struggle.

Long, who was highly intoxicated at the time, fell over a barbeque in the premises and left empty handed.

Despite discarding his clothes, he was apprehended by gardai at New Road, Thomondgate a short time later.

DNA taken from the handle matched that of the defendant, who denied any involvement when questioned.

While the injured party did not provide a victim impact statement, Det Sgt Ruddle told John O’Sullivan BL, prosecuting, that he was emotionally distressed as a result of the incident as he felt his life was in danger. ”It was quiet a terrifying experience for him,” he said.

Laurence Goucher said his client, who has a number of serious criminal convictions, was heavily intoxicated and that the knife was “more for intimidation than for use”.

He said the father-of-one, who is is a long-term relationship, is working and that he did not want to return to prison.

Imposing sentence, Judge Tom O’Donnell noted Long has address his addiction issues and gambling problems and that there has been “significant progress” in his life since the incident.

He said the defendant’s previous convictions were an aggravating factor as was the nature of the incident.

The judge said the delay in getting results on DNA analysis was another aspect of the case he had to consider.

In the circumstances, he said the appropriate sentence was one of four years’ imprisonment which he suspended for four years.

“I’m giving you a chance, it’s up to you to take it,” he said as he addressed Long directly.