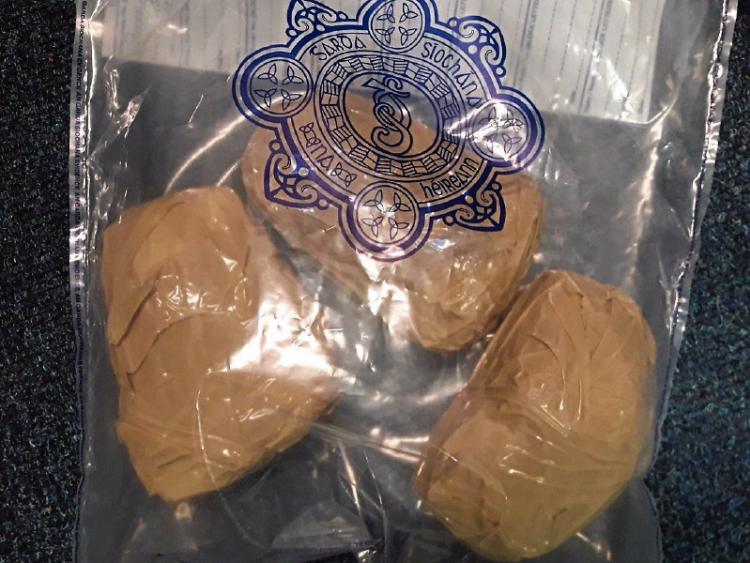 GARDAI in Limerick and Clare have seized almost €100,000 worth of cocaine and cannabis.

The seizures took place when a car was stopped on Wednesday evening on the M18 and a follow-up operation took place at a house in Castleconnell.

Gardai said a joint operation took place on Wednesday evening involving Garda Units based in the Clare and Limerick Divisions resulting in the arrest of two individuals and the seizure of cocaine and cannabis with an estimated street value of €97,000 – analysis pending.

“A car was stopped at on the M18 at Junction 11 at Dromoland shortly after 7pm and a subsequent search resulted in the seizure of cocaine with a value of €56,000, subject to analysis. A forty-one-year old man was arrested and is currently detained under Section 2 of the Criminal Justice (Drug Trafficking) Act, 1996 at Ennis Garda Station,” said a spokesperson.

“During a follow up operation a house in Castleconnell, was searched resulting in the discovery of cocaine with an estimated value of €17,500 along with 4 kg of cannabis resin, value €24,000. A thirty-six-year old man was arrested during the search and is currently detained under Section 2 of the Criminal Justice (Drug Trafficking) Act, 1996 at Henry Street Garda Station.”

Gardai said the investigation is ongoing.