Off-licences are off limits for Limerick man charged with robbery 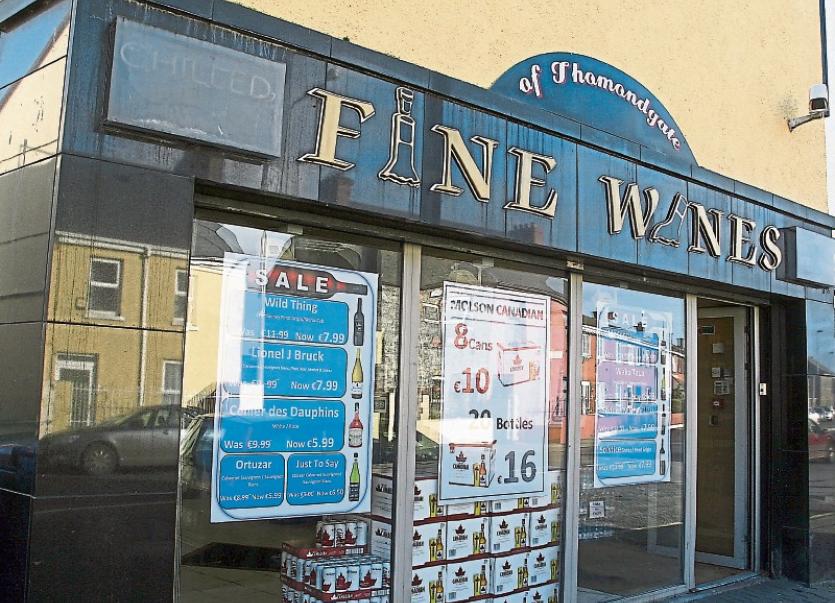 A MAN who gardai allege is a “career criminal” has been ordered to stay away from every off-licence in Limerick as a condition of his bail.

Kevin Noonan, aged 30, of Pineview Gardens, Moyross was brought before Limerick District Court after he was charged with robbery relating to an incident at Fine Wines, Thomondgate on November 19, last.

Opposing bail, Garda Shaun O’Hagan said it will alleged the defendant entered the premises at around 9.30pm and took two bottles of alcohol before leaving without paying.

He said it will be further alleged that when he was confronted by a young worker, he gestured towards an ‘object with a white top’ and said he had a knife in his pocket.

Garda O’Hagan said two bottles of alcohol – matching those which were taken from the off-licence– were recovered when the defendant was arrested by gardai a short time after the alarm was raised.

He told Judge Marian O’Leary that CCTV has been obtained as part of the garda investigation and that it is the State case that Mr Noonan was “caught red handed”.

He said it will be alleged the defendant is a “career criminal” and he expressed fears that Noonan would engage in further criminality if released.

“I believe he will commit further crimes to fund his lifestyle,” he said adding that he was also concerned Mr Noonan would not appear in court if granted bail and would not abide by any conditions.

Barrister David McHugh rejected this assertion saying his client was willing to abide by any conditions imposed by the court.

In the circumstances, he submitted it was an “appropriate case for bail to be granted”.

He noted the value of the alcohol which was allegedly taken was €25 and that it is likely the matter will ultimately be heard before the district court rather than the circuit court.

He said his client is not charged with possession of a knife and that there is no evidence that the culprit actually had a knife.

Having considered the matter and noting the assurances of the defendant, Judge O’Leary said she was granting bail subject to a number of conditions including the lodging on an independent surety with the court.

In addition to staying away from off-licences, Mr Noonan was ordered to live at his home address in Moyross and to obey a nightly curfew.

He must sign on at his local garda station three times a week and surrender his passport to gardai.

A file is being prepared for the Director of Public Prosecutions and the matter was adjourned for directions.