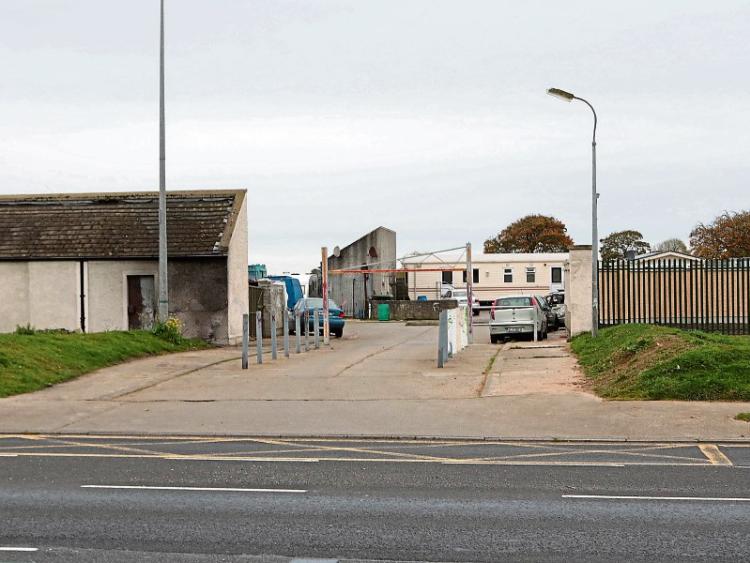 A TRAVELLER who built horse sheds without planning permission at the Limerick halting site where he lives has been warned he will be in contempt of court if he does not remove the structure.

Limerick City and County Council successfully prosecuted Patrick Casey, aged 39, of Toppins Field, Rathbane over his failure to comply with the terms of an enforcement notice which was served on him more than two years ago.

At a hearing in October, Judge Marian O’Leary was told the father-of-eight has been a tenant at the halting site since 1999 and that the sheds are located in an unused bay.

Mr Casey told Limerick District Court he has been keeping horses at the halting site throughout his tenancy and that he “winters” the animals in the sheds to keep them warm.

He said the council has built sheds for other tenants at the halting site and that “no one else is getting any bother”.

In response to the submission, solicitor Will Leahy said the local authority is entitled to deal with other tenants “as it sees fit” and that it was none of Mr Casey’s business.

He noted that Mr Casey has not sought to refer the matter to An Bord Pleanala and he said he is entitled to rent lands elsewhere to keep horses.

After being informed last week that “no firm plan” has been put in place to remove the sheds Judge O’Leary said she would give the defendant a final three weeks to do so.

When Solicitor Darach McCarthy indicated his client has no income and cannot afford to carry out the works, the judge questioned how he pays for food for his children and seven horses.

“I cant’ tell you how he pays for food,” said Mr McCarthy.

Solicitor Will Leahy, representing the local authority, said the attitude of Mr Casey was “wholly unacceptable” and he said it remains open to the council to “just impound the horses and demolish the sheds”.

Mr Leahy said the council has incurred considerable costs and expenses to date and that he does not accept Mr Casey’s assertion that he has no income.

After warning the defendant that he will be found in contempt if the sheds are not removed, Judge O’Leary directed that a fully vouched affidavit of means be prepared for the court.

The matter was adjourned to January 4, next with the judge indicating she will finalise case of that date.