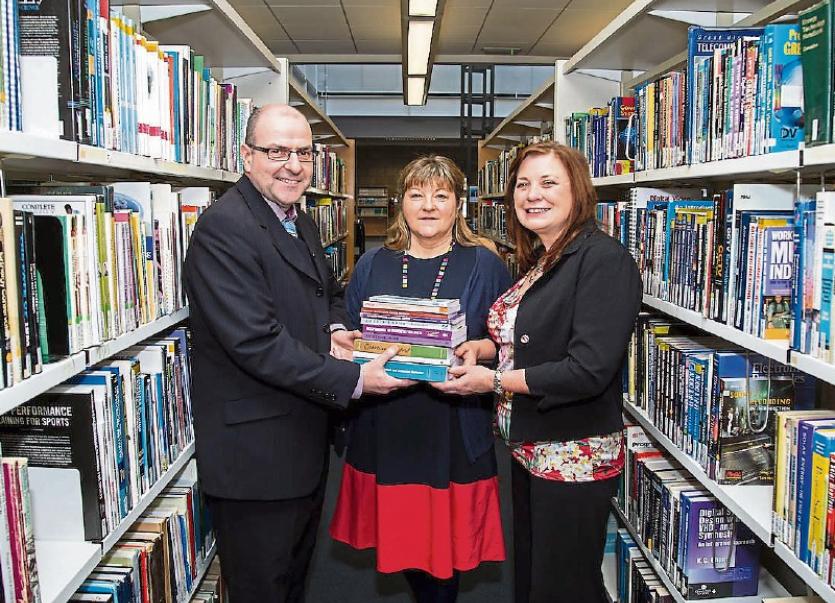 HAVEN Horizons, a charity which focuses on the prevention of domestic abuse, has donated a series of books on the topic of gender-based abuse to the library at the Limerick Institute of Technology.

To mark the end of the ‘16 Days of Activism against Gender-Based Violence 2018’, Haven Horizons handed over the books to the Genders and Sexualities research group at LIT.

“LIT is delighted that Haven Horizons has agreed to donate 30 books on topics relating to the prevention of gender-based abuse. This additional database of information will further strengthen our scholarly activities within the Genders and Sexualities research group at LIT led by Dr Lisa O’Rourke Scott.”

Madeline McAleer, Research and Development Director Haven Horizons was delighted to be able to give the donation.

“Haven Horizons is delighted to be working in partnership with the Genders and Sexualities Research group at LIT and to donate books on gender-based abuse to the library,” said Ms McAleer.

16 Days of Activism Against Gender-Based Violence is an international campaign to challenge violence against women and girls. The campaign runs every year from November 25, the International Day for the Elimination of Violence against Women, to December 10, Human Rights Day.