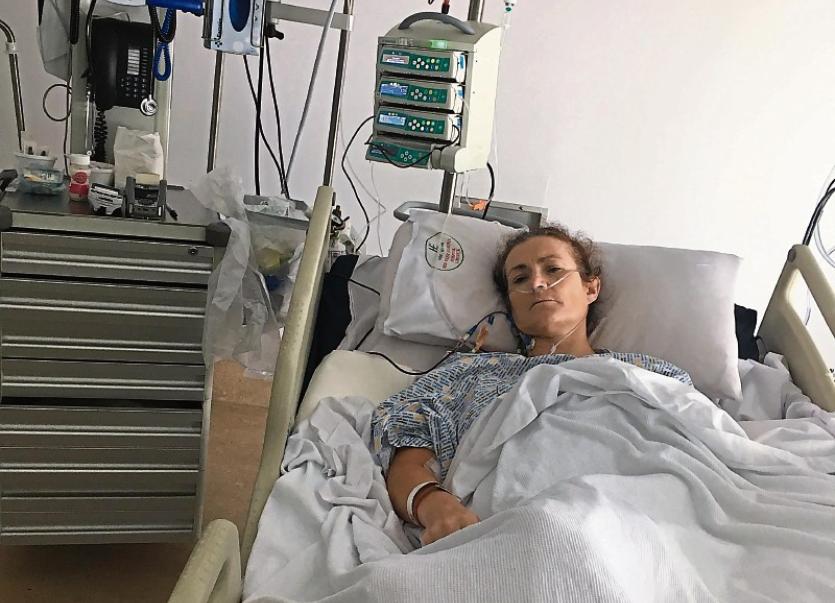 A PATIENT who has accused University Hospital Limerick staff of “controlled, calculated abuse” has indicated she is to issue a formal statement to gardai at Henry Street.

A gastroscopy is the telescopic and visual examination of the stomach, oesophagus and upper segment of the bowel.

In response to her claims, UHL carried out an investigation with which she has expressed dissatisfaction and is calling for a review, Ms Johnson told this newspaper.

Ms Johnson, who is a nurse, said she had given consent to the procedure under sedation with the drug midazolam, to be carried out by a particular consultant on July 19 last.

On the morning of the procedure, at 11.45am, she was informed that she was going to endoscopy, her complaint said.

“I had no IV line in and I told the ward nurses that I had eaten at 9am and I couldn’t be scoped yet. They said they would advise endoscopy when I arrived,” she wrote.

She wrote that she was then faced with a different consultant.

“I objected to this and wanted [consultant] to do it.”

“I also said many times that I want sedation. The nurses kept saying it was a five-minute procedure and I wouldn’t feel anything as my throat would be numbed.”

She said that after the agreed consultant was “bleeped”, two nurses “badgered me into going ahead”.

“They were literally, face on face, and said that if we don’t do this, you’ll have to come back on Monday if it’s not done today.”

She said she was not given the drug midazolam.

“I then had the procedure without any sedation at all. I felt do [sic] badgered and I was hoping that [consultant] would assert himself as my doctor.”

She said that she had “great difficulty breathing and was gagging and I was in pain. I was in panic. I was sweating profusely, so much so, that I was sliding on the table. It took longer than five minutes,” she said in her complaint, dated July 21, 2018.

After the procedure, Ms Johnson said the scope was taken out, “I cried my eyes out”.

“I also want to make it clear that throughout the entire procedure, I was kicking the bedrail and slapping my thigh because of the distress the procedure was causing me. I was unable to verbalise anything as I had a gag in my mouth however the physical display of distress of me kicking the rails should have alerted them to stop the procedure,” she said.

She said she suffered from a sore throat and was distressed after the gastroscopy.

“On the way back to my ward, I was accompanied by two nurses who kept saying to me, things like: ‘You don’t think we bullied you, do you?’; ‘We didn’t bully you, did we?’ This made me uncomfortable. I am also still upset about this.”

She claimed that she did not consent to the procedure without sedation.

“I have been in hospital for nearly three months and I have had an ileostomy; two episodes of sepsis; I have been violently sick, and I am in constant pain; I cannot look after myself and am almost bedbound; I am weak standing.”

Ms Johnson added: “It was the worst experience of my life. Humiliating, demeaning without any control of what they did to me was controlled calculated abuse, plain and simple.”

Findings of the investigation, received by the Leader, showed that a pre-operative checklist was review by two staff nurses and Ms Johnson. It was noted that the patient had eaten and that she had no IV access.

The different consultant was “covering locum” and said that the scope could take place “without sedation but there are risks involved if fasting guidelines were not followed”, an investigator wrote.

“The procedure was explained to you by the nurses and you stated that you would like sedation for OGD [the procedure],” the findings stated, adding Ms Johnson was advised if she wished to have sedation then the procedure would “then have to be at the end of that day due to IP&C or rescheduled”.

After the agreed consultant was contacted by a nurse, he stated “it would be 20 minutes before he could come from the clinic”.

A numbing throat spray was applied “which you did not like”, the investigation found.

The investigator found that one nurse assisted the consultant while another nurse “held Ms Johnson’s hand during the procedure”. The procedure started at 12.22pm and ended at 12.28pm.

Ms Johnson was informed that she had been advised of the “possibility of a gagging sensation and shortness of breath” but nurses “do not recall you sliding on trolley”.

“If a patient is sliding on the trolley, the procedure would be stopped at it would be unsafe to proceed scoping patient, or the unsedated patient would be asked to keep still in case of traumatic injury.”

The investigation stated that “no abnormalities” were detected during post-operative observations.

In the investigator’s conclusion, he said he “would like to apologise that our service delivery did not live up to your expectation”.

In a statement on Monday, a spokesperson for the UL Hospitals Group confirmed that a full investigation was carried out, adding: “UL Hospitals Group sincerely regrets that any patient has a poor experience and welcomes feedback from patients and families so that we can improve services.”