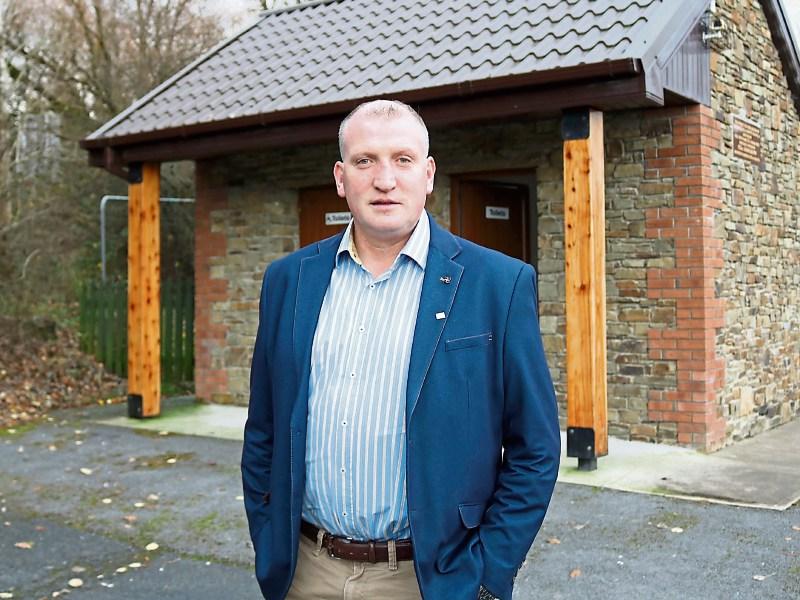 COUNCILLORS have decisively rejected a management proposal to build six new council houses on Colbert Terrace in Abbeyfeale and to demolish a house on New Street and refurbish the adjacent one.

But they also rejected the second set of plans brought before them which proposed that four family homes would be built on the Terrace while the corner house on New Street would be demolished and the adjacent house refurbished.

Instead, the councillors voted that three new houses be built on Colbert Terrace and a house on New Street be refurbished with additional parking to be provided for the health centre. This plan includes the knocking of the corner house to allow for widening of the junction onto New Street.

In a long and sometimes fractious debate, Cllr John Sheahan made clear he was unhappy with the way the issue had been approached.

“It is not the best way to do business,” he said.

He also wanted clarification on the issue of funding.

“Is the whole traffic management plan for Abbeyfeale dependent on this (housing) project going ahead? That is what is being put out there, that the whole thing will fail if the houses don’t go ahead,” he said.

Joe Delaney, director of capital investment with Limerick City and County Council, explained that the traffic management plan for the town, estimated to cost €4.5m, would be funded from three sources: Transport Infrastructure Ireland, the council itself and  €300,000 from the estimated €1.5m earmarked for the housing project.

“We have to deliver both projects,” he said.

But the council officials were unable to be definite on how much money, if any, might be available for a much smaller scheme than that originally proposed.

Earlier, Cllr Liam Galvin said the revised plan of four houses was “poles apart” from what was originally proposed, which had been entirely unsatisfactory to him and to local residents.

“We have come a long way,” he said. “In my opinion, there is an opportunity here.”

He wanted to make it clear though that they were not turning down social housing for the town.

But, he argued, parking for the health centre on Colbert Terrace was crucial and he proposed that instead of building four new houses, the footprint of the fourth house on the new set of plans be used to provide car parking spaces. He also proposed that as far as possible, the road along Colbert Terrace be six metres wide and that lighting, drainage, a loading bay and McMahons carpark be included in the design.

This proposal was seconded by Cllr Francis Foley who said residents in the area were concerned about density and safety and that while two new houses would be best, they would concede three.

Local residents had made a lot of concessions, Cllr Seamus Browne said but he was critical of the process that had taken place and argued that councillors and locals should have been consulted from the start.

Had that been done, he pointed out, refurbishing the derelict houses on Colbert Terrace would have been the logical starting point. They had the opportunity to widen significantly the junction between Colbert Terrace and New St, he said, and he was still concerned about retaining and refurbishing the house on New Street.Mr Delaney told councillors that many issues such as width of the road etc could be dealt with at the detailed design stage.