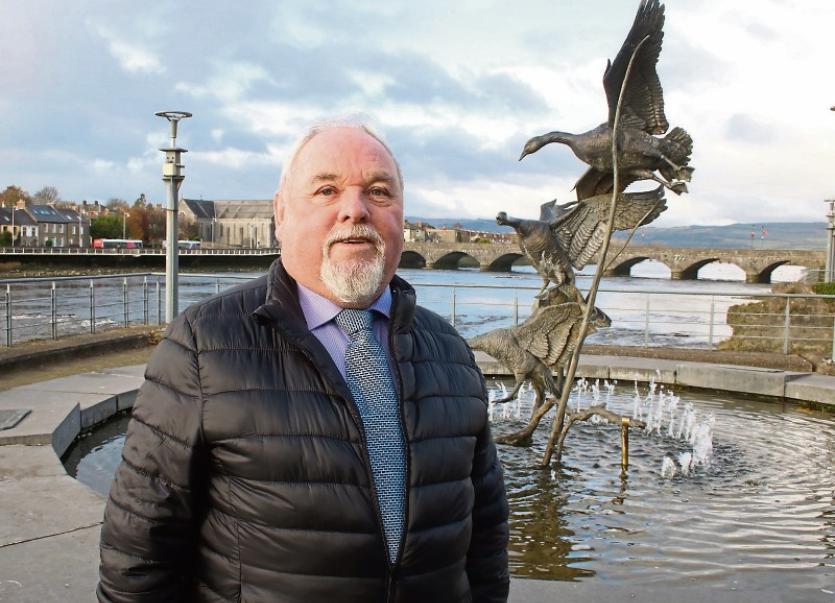 Cllr John Gilligan, who saw a motion passed on the restoration of the Wild Geese fountain Picture: Adrian Butler

THE restoration of the Wild Geese fountain back to its former glory is a priority for 2019, Limerick councillors have been told.

It comes after a motion from long-serving Independent councillor John Gilligan, who urged local authority bosses to appoint a named official to work on the fountain, a gift from the government of Spokane in Washington, USA to honour the families that were forced to flee Limerick following the siege.

“It’s damaged to a huge extend. Some of the facets of it like the leaves have been mislaid. I have asked time and time again for it to be repaired. Time and time again, ye have started blankly at me,” said the northside member, referring to the executive.

He pointed out that council is spending tens of thousands of euro on festivals – but not the monument, which sits outside the council’s offices at Merchant’s Quay.

“To leave it in this state is a scandal. I have been talking about this for 20 years, and nothing has happened,” Cllr Gilligan added.

She added: “It is such a pity to look at it in its present form. The unfortunate thing is there are a whole list of names on it - names of people who paid for it to be brought across from Spokane.”

Cllr Michael Hourigan said the council could look to deploy closed circuit television to it, to deter any would-be vandals.

Meanwhile, Sinn Fein councillor John Costello urged the Council to employ a conservation officer to oversee the maintenance and upkeep of all Limerick’s monuments.

In response to Cllr Gilligan’s motion, Jane Leahy said the authority is attempting to make contact with the architect William H Turner, but had yet to hear anything back.

“It is a priority for 2019, however,” she confirmed to members at this month's metropolitan district meeting.