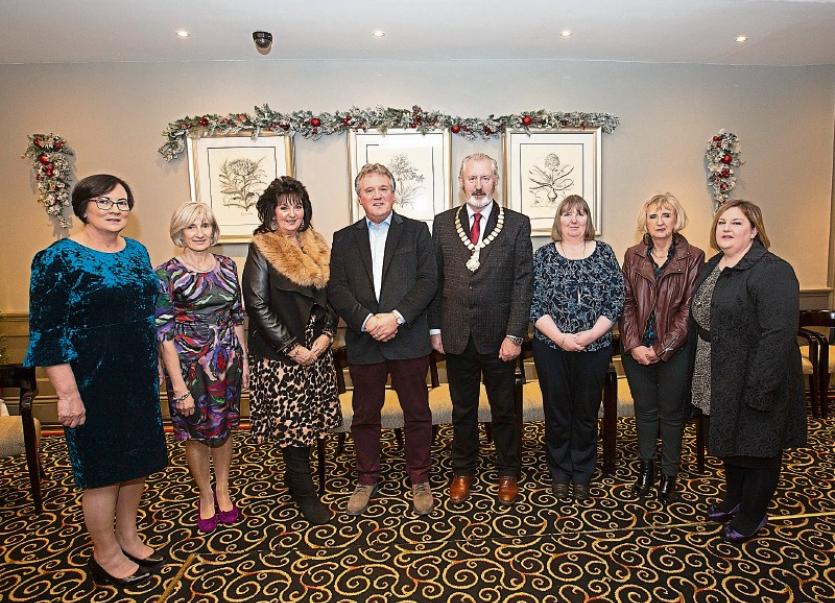 THE IRISH National Teachers’ Organisation (INTO) celebrated the careers of five teaching professionals at a special retirement function in Limerick city.

The president of the INTO, Joe Killeen and INTO’s central executive committee member for Limerick and Kerry, Ann Horan were present at the function held at the Greenhills Hotel on Friday night.

Before taking up the role of principal of JFK Memorial School on Ennis Road, Mr Carey began his teaching career at Knockea national school in 1980 before taking up principalship in 1998 at Scoil Ailbhe.

Deirdre Cusack, a native of Wales, began her career at Salesians School in Fernback (Scoil Chroi Ro Naofa) in 1981 and was appointed principal of the school in 2012.

“She was instrumental in employing many young teachers and mentoring them to become true professionals,” according to a testimonial read out at the retirement function.

Mary will not have an idle retirement as she will embark on a Masters degree in the near future.

“In the classroom, Mary was always thoroughly prepared and she readily embraced new interventions and initiatives. While she was a skilled and caring teacher at all lass levels, she excelled in the Infant classroom. Her kindness and calm manner soothed many an anxious child. She also had the unique ability of recognising the best traits of individual children and of making each child feel valued. Parents were lways greatly appreciative of her work and of her caring approach,” the school said in a testimonial.

Eileen Ui Mhaolchathaigh served as a teacher at Model School, O’Connell Avenue for 18 years, having been appointed in 2000.