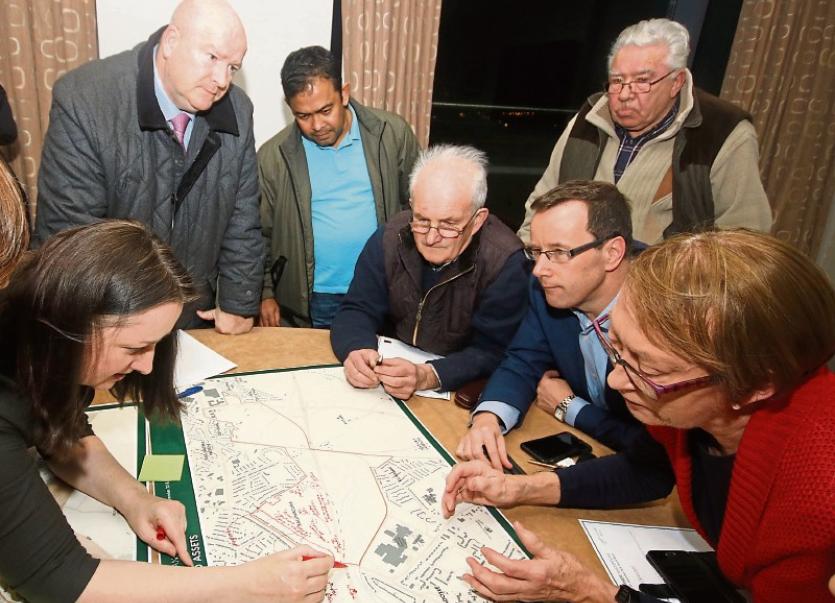 A LIGHT rail service from the city to Mungret, a nature reserve in the Baggott Estate and a BMX bike park at the Toppins Field.

Just three of the ideas at a major public consultation looking at a plan for 75 hectares of land, primarily in public ownership, to the south of the city.

More than 100 people were at the Strand Hotel for the event, which was organised by Limerick Council and Allies and Morrison, the architecture firm charged with producing a blueprint for the southside.

The company is seeking to create “an overarching and holistic plan” for various landbanks including the Baggott Estate, Ballinacurra Creek, Toppins Field, and the Rosbrien lands adjacent to the M20.

“What are the opportunities,” asked Steve Walker, Allies and Morrison. “How do we make access to work positively and how do we manage it where we don’t want access to be?”

Mayor James Collins hopes the area can be developed as a “green lung” for the city, with a “blue-to-blue” riverside route connecting the southside to the university around the perimeter.

“Let’s have an alternative commute from the northside to the southside,” he added.

Senan O’Driscoll, who lives in Ballinacurra Gardens, called for a park ranger in the Baggott Estate, even on an ad-hoc basis.

Robert Graham, who works on the southside, wants to see the old Mungret rail line lifted, and a new greenway put in place there.

But many others believe the rail line could be utilised.

Anthony Kelly, Greenfields, added: “The rail-line could be used as a walk and cycleway, but it could also be used as a way to get into the city, because there are other masterplans out of Mungret, where there will be houses. Ballinacurra Road and Greenfields Road is clogged, and it’s ludicrous.”

The 100-or-so people present at the meeting provided their ideas on enlarged maps of the southside areas.,

Mr Walker said: “We will take these ideas away. We will photograph then. Then we will transcribe all the comments. We will then come up with a settled plan.”