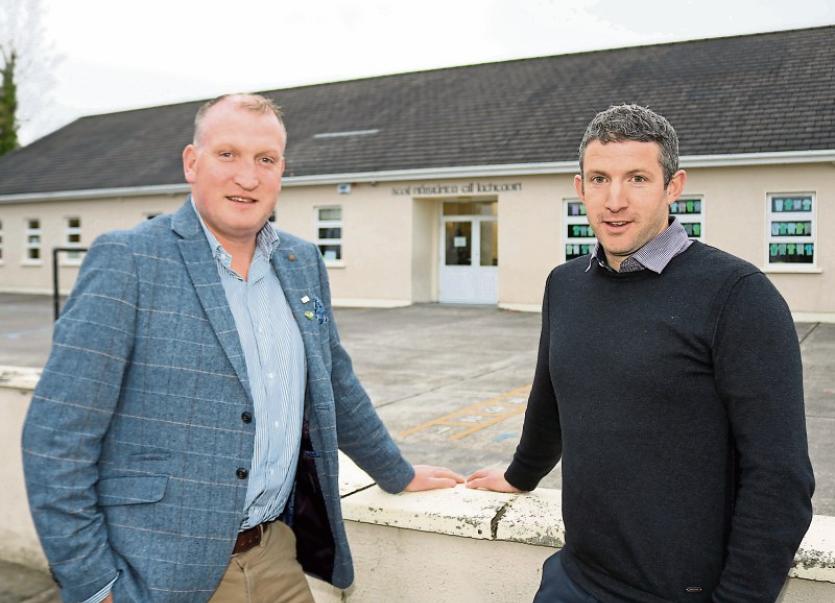 COUNCILLORS are to bid to secure rural funding to help the infrastructure around a rapidly-expanding school outside Newcastle West.

At this week’s meeting, a motion submitted by all the members of the Newcastle electoral area was passed.

It called for the townland of Killoughteen to be included in the Clar programme which provides funding for projects in areas suffering large population falls.

They will write to Minister Michael Ring on this matter.

Although the population of Killoughteen, which is four kilometres outside Newcastle West, has declined, the student count at the national school has gone in the other direction, with parents from the town opting to send their children there.

As a result, this has brought increased traffic pressure, councillors said.

Fine Gael leader Cllr John Sheahan said: “We have exhausted all avenues of funding to upgrade safety measures for the kids coming to and from the school and using the play area across the road. We have identified that Clar is the only state funding presently available for traffic safety measures outside school grounds.”

Principal Willie Curtin says the increase in traffic coming to the school has caused traffic accidents.

“Parking is becoming a huge issue. When I started here, we had five or six cars in the park. Now we’re shuffling at 20. All the staff are parked on the side of the road, and we’ve had three cars hit just because of where we are parking them,” he said.

The school is also working to get a pedestrian crossing in place, Mr Curtin added, with Cllr Liam Galvin has pledged he will pick up €5,000 of the €45,000 price tag through his own General Municipal Allocation funding.

“It’s a unique situation in that the success of the school is bringing about its own difficulties. We feel by including this area, it would give future certainty. Funding needs to be set aside as it’s an accident waiting to happen,” he said.

Councillor Stephen Keary, Fine Gael, said he would support the motion in principle – but warned  it could set a precedent throughout the country.

“I do believe there is a failure between all the agencies where schools are expanding in a donut fashion, similar to the shopping centres around the city area. Why are the schools in Newcastle West, Askeaton and Rathkeale, underutilised? There is a reason for that, and it’s putting pressure on the rural schools,” he told the meeting.

Killoughteen National School could be welcoming up to 200 students, including pre-schoolers by next year, Mr Curtin added.

“It’s a lot of traffic to try and cater for, then we have more development happening,” the principal concluded.