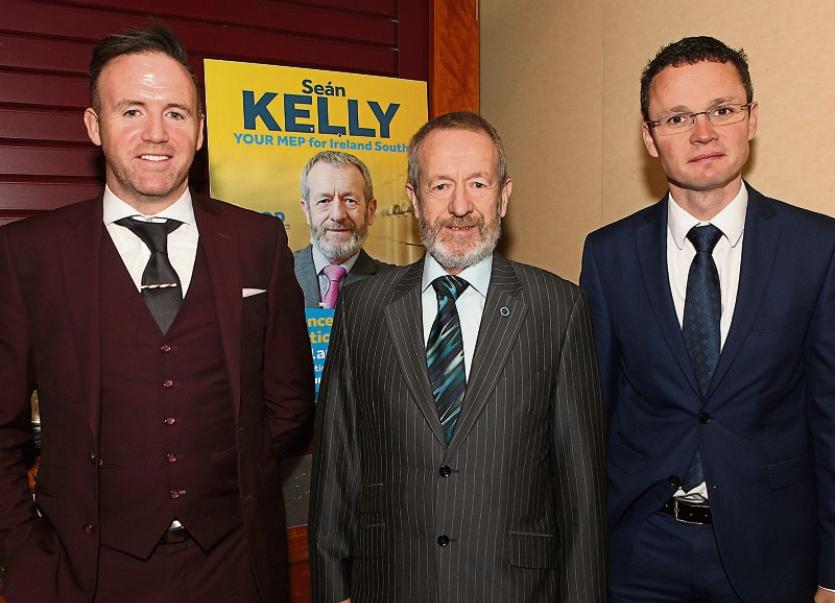 Speaking at the South Court Hotel in Raheen, Mr Kelly revealed that less than 30% of approximately 26 million tonnes of single-use plastics were recycled every year.

“I am very grateful to have the opportunity to be here in Limerick today to exchange with members of the public on this important topic,” Mr Kelly said.

The conference comes following the EU Parliament’s ban last month on single-use plastics such as cotton buds, cutlery, plates, straws, and drinks stirrers that make up 70% of the ocean’s waste.

With the ban expected to be enacted in 2021, Limerick TD Patrick O’Donovan described Ireland as a “laggard” in environmentally-friendly

“This is a conversation that is needed in Limerick especially, in my area you see rubbish along the road and what they would call the ‘witch’s knickers’ caught on shrubs and trees, it’s disgusting,” the Limerick County TD added.

Anne-Marie Harrington of the Futureproof Clare environmental campaign against the Shannon LNG project questioned Mr Kelly on his stance on the multi-million euro project.

“Mr Kelly you have spoken many times in favour of Shannon LNG, where half of the gas from the emissions would travel to the UK, where there it would be used to produce more plastic,” she said.

“We would like to know if are you prepared to withdraw your public support of Shannon LNG?” Ms Harrington asked.

Mr Kelly responded: “Absolutely, until I am convinced there is an alternative that guarantees supply and a guarantee of security to suppliers, but until then, I won’t.

County Limerick TD, Tom Neville, called for accessible educational initiatives on how to recycle efficiently and raise awareness for the harm plastics have on the environment.

“If we make this too highbrow or focus too much on the academia side of things we’ll lose the people on the ground.

“We need simple initiatives that everyone can get behind with,” Mr Neville suggested.

“Once upon a time we brought glass bottles back to the shop, and we would get some money back, but then it became cheaper for manufacturers to dispense plastics,” Ms Byrne added.

Ms Boylan MEP claimed the poster was “factually incorrect,” and attributed the role to German MEP Karl-Heinz Florenz, further stating that she was the only Irish MEP negotiating the directive.