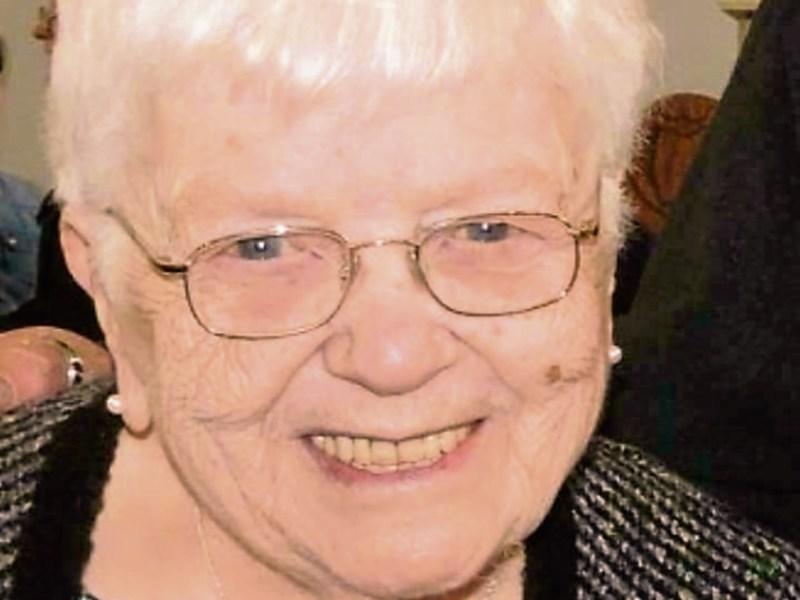 Anna Curtin, who has died, will be missed in Foynes

THE woman who was at the heart of so many community endeavours in Foynes was buried in the past week amid great sorrow.

Anna Curtin, who was described by many as a “life-force” for her community, died on November 19 and was buried on Friday. She was 85 and died in hospital, having sustained serious injuries following a traffic accident in October.

Anna was one of the founder-members of St Senan’s Social Services in Foynes in 1967 and became its main driving force. The voluntary organisation was geared towards supporting older people, visiting them in their homes, providing Christmas hampers and a Christmas party and advising them of other services and/or benefits available to them.

For Anna, it became her life’s work. She was the incomparable organiser of day trips to all sorts of interesting places, and from the mid-1990s, she organised week-long holidays for senior citizens in the parish. Calling themselves The Recycled Teenagers, the coach-load of pensioners left Foynes every year heading for  a new destination.

Anna was always on the look-out for anything that would improve the lives of those she championed and was very quick to embrace the personal alarm system for the elderly. She was also very involved with Community Alert in her area, with church matters and along with her late husband Jimmy with the Graveyard Committee at Mt Pleasant.

Anna’s dedication to St Senan’s Social Services was recognised in 1987 with a People of the Year Award.

Anna was an inspiration, Gráinne Walsh, PRO for Foynes Community Council said. “Nobody can replace her. We will miss her terribly. Her own generation, in particular, will miss her.  Nothing was ever for herself. It was always for somebody else. And anything we ever organised, she always supported it.”

Anna, born Anna Fitzgerald in Foynes, worked in Foynes hospital before her marriage in 1954 to Jimmy Curtin. They settled in Robertstown but tragedy visited the couple early in their married life with the death of their second child, Dick  at the age of six.

Jimmy predeceased Anna in 1996 but she is survived by her daughters Anne and Carmel, her sons Mike and Seamus, her sisters and brothers, sisters-in-law, brother in law, grandchildren and six greatgrandchildren, other relatives, neigbhours and friends.