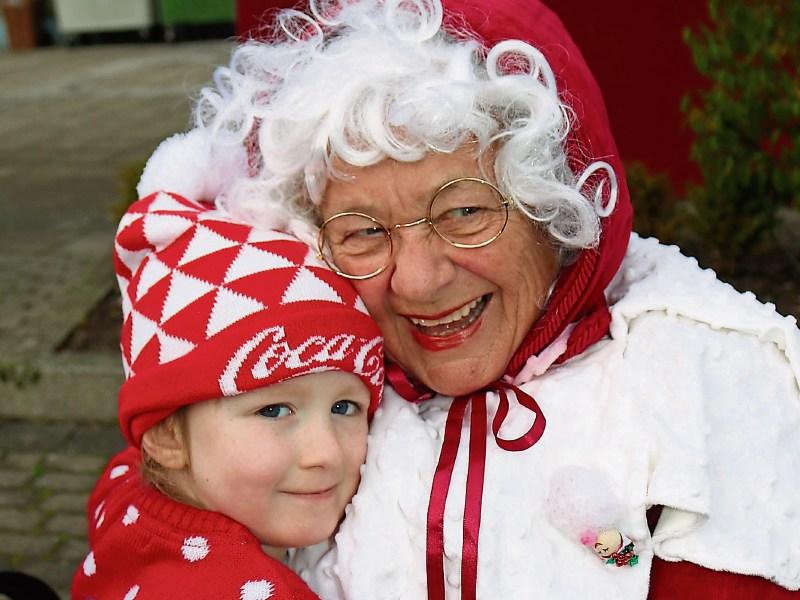 SANTA Claus will arrive in style in Abbeyfeale this Friday where he will team up with Mrs Claus at his specially built Santa Grotto in the Square.

His arrival, courtesy of the local fire brigade, will signal the start of Christmas in the Fealeside town, where this year’s lights will be turned on by a mystery guest just before six o’clock.

This year, the town will be brighter than ever, as new feature lights have been added, thanks to the fund-raising efforts of the local Christmas Lights Committee and the generosity of local people.

A Christmas Mini-Market will operate in the Square on Friday evening with some special treats free of charge and there will be plenty music to drive away the memory of cold.

Meanwhile, Friday evening will also see the switching on of a Christmas Wonderland at the McCarthy home in Askeaton. This year, the lights will help to raise funds for Blood Bikers Mid-West and the Mud Search and Rescue Group.

On Saturday, the lights go on at 6pm at the Lynch household, just off the Bruff line, six kilomentres from Rourke’s Cross going towards Newcastle West.

“We have been lighting up our home for over ten years and this will be our ninth year lighting up in aid of the Limerick maternity neo-atal unit,” Lorraine Lynch explained. “Last year we raised €3,000 for the unit.”

The lights will run nightly from 5pm-10pm each night until January 6.

Caoimhe’s Lights, added to yet again this year, will also be on nightly from 5pm-10pm until January 6.

Meanwhile, Tony Noonan continues to light up with the best at his home in Templeglantine. A winner in various national Christmas Lights contests, Tony’s Winter Wonderland came to vivid life last weekend and will continue, every night, until well into January.

Over the past 20 years or so, Tony and those supporting him have raised close to €200,000 for different local charities.

Last weekend also saw the big switch-on at the Hayes family home in Shanagolden where they have added hugely to their light display. They can be visited each night right through December.

Just go up the hill across from The Old Stand in the middle of Shanagolden.

The lights will be turned on in Newcastle West on Saturday, December 8, the day when Santa also comes to the Desmond Castle for the first of several visits.