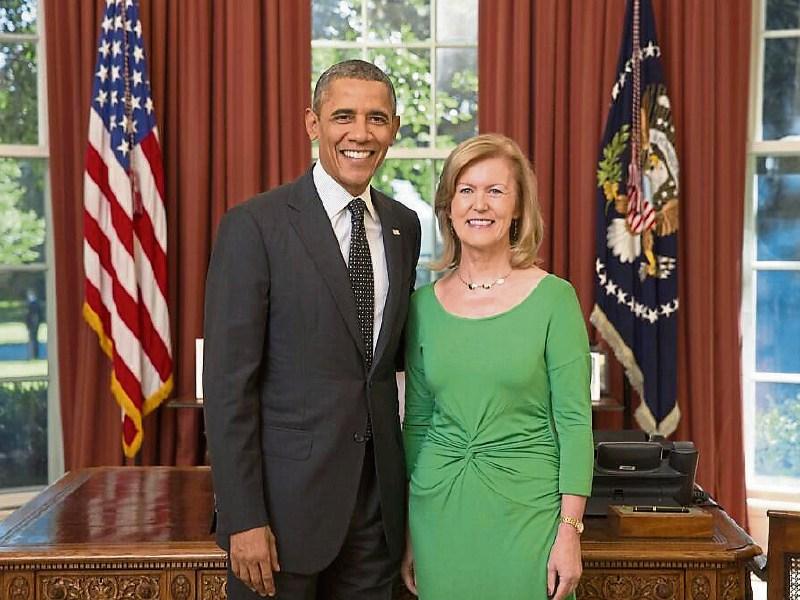 A PHOTOGRAPHIC book compiled by Dún Bleisce Historical and Literary Society is the culmination of years of work.

Entitled, A photographic record of Doon Parish, as it was and as it is, it is a pictorial reflection of the lives of people from the parish and surrounding areas with some photos dating back over 100 years.

Donal Anderson, chairman of the Dún Bleisce Historical and Literary Society, said: “There are in excess of 1,500 photos extending to almost 300 pages, a rich tapestry of social history, reflecting change over the decades, and also importantly life as it is today, connecting the past with the present.”

The publication was launched by Doon man and country and western singer Jimmy Buckley.

“Since then the book has been widely sought after, and the feedback has been so complimentary, insightful and appreciative,  that has made it all worthwhile, from the society's perspective.

“As a flavour of such feedback, this photograph of Ann Anderson with Barack Obama and her connection with Doon, has received a lot of attention, hitherto unknown by many people, outside of her family circle,” said Mr Anderson.

“Tony has spent over 50 years working as a lay missionary in Kenya and is now Chancellor of the Diocese of Lodwar in the northern part of the country. Again it was apparent this was not widely known outside of the circles of his family and friends. The historical society has been supporting the work of Tony since 2014, through their Kenya Education Fund, which is providing ongoing financial support towards the education of a young Kenyan student,” said Mr Anderson.

Any book on Doon has to include hurling and little did we know what the teenagers, pictured above in 2013, would go on to achieve.

The limited edition publication, costing €25, is available  at Centra, Richardson’s Butchers and the pharmacy in Doon. The perfect Christmas present is also available by ringing 086 8421747.