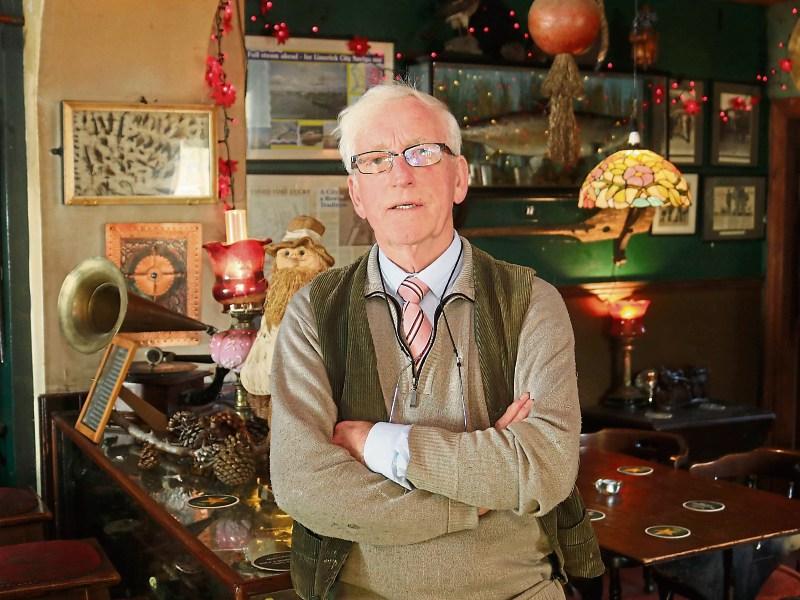 CASTLECONNELL needs to unite under one dedicated committee, a businessman from the County Limerick village has said.

Publican Paddy Guerin, who runs the Kingfisher Bar and is a former member of the village’s development committee, has claimed there are 36 committees in operation in the area.

“The fact all these committees are not working together has left the village open for things to happen which should not happen,” he told the Limerick Leader.

Mr Guerin has urged just one “recognisable body” to represent the interests of Castleconnell.

Paddy added: “I’m talking about people you know you can trust, people who are speaking for the village as a whole. Whereby when they go into council, they should be listened to. When you get 100 and odd fellas going in, it doesn’t work.”

Passionate fisherman Paddy believes the River Shannon running alongside Castleconnell has been “neglected”.

“Nobody is doing anything. This isn’t just about the fish alone. This is about rampant fishing tourism,” he said.

And in a sideswipe at governmental agencies, the publican added: “Common sense is not so common. These people are 100% cleverer than you and me, but when it comes to common sense, they would walk out with no umbrella in the rain.

“It’s stupid. I meet intellectuals every day, but they are doing the stupidest s**t. They don’t look at the bigger plan, the bigger picture,” he added.

Paddy said it is the local community, rather than the agencies, that are fighting for change.

“We have all the highly educated experts on fishing – the genetics of fish, the environment. But when it comes down to doing something, we are fighting to do it in case they make a mistake,” he added.