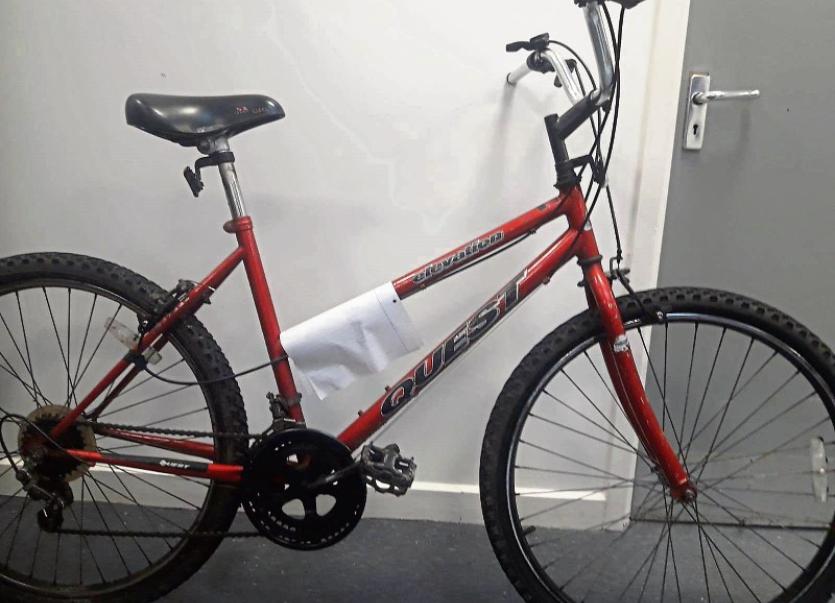 One of the bikes which was seized

A TEENAGE boy is to appear in court later today in relation to the theft of 14 bicycles in Limerick City.

Gardai at Henry Street have arrested and charged the youngster in relation to the alleged incidents which occurred between August and this month.

He was arrested last night, where he was charged under section 112 of the Road Traffic Act 1961, as amended. The court sitting will take place at 2pm today.

Speaking at Henry Street garda station, crime prevention officer Sgt Ber Leech said: “We recently launched our ‘Lock it or Lose it’ campaign and I would ask everyone who cycles to lock their bikes as securely as possible. A few simple tips such as; spending 10% to 20% of the value of the bike on two locks, locking your bike tightly to an immovable object and keep the lock off the ground, will make life difficult for the thief. Take a photo of your bike, note the serial number and email it back to yourself so you have a record of it.”

Sgt Leech added: “There is a trend of not reporting the theft of bikes to Gardaí which makes it difficult for us to reunite any recovered bikes with their owners. If your bike is stolen, report the theft to Gardaí as soon as you can. If you are buying a second hand bike, look for proof of ownership before purchasing. If you have had your bicycle stolen, you can go onto the Garda website to view bicycles and all other recovered property that is currently in our property stores.”