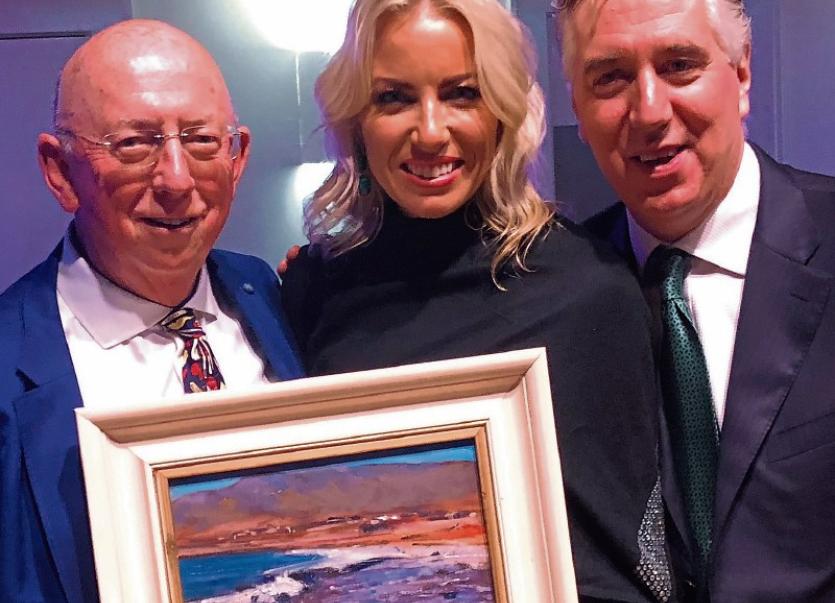 FORMER St Munchin’s College student Michael Hanrahan has added another client to the impressive list of celebrities who have his paintings.

Secretary general of the FAI, John Delaney, snapped up one of his works at a gala banquet in the Mansion House, Dublin this week.

Mr Hanrahan, now residing in Lahinch, was guest at a dinner held on the eve of the International between the Republic of Ireland and Northern Ireland.

President Michael D Higgins and his wife Sabina were also in attendance.

The artist already has paintings in Buckingham Palace and the White House. He is a retired banker who now travels the world with Cunard International on its cruise liners teaching the art of watercolours.

He personally delivered a painting to Buckingham Palace capturing the historic visit of the Queen to Ireland some year back.

His work is also hanging in the White House in Washington, the Kennedy Library in Boston and Aras an Uachtaran in Dublin.