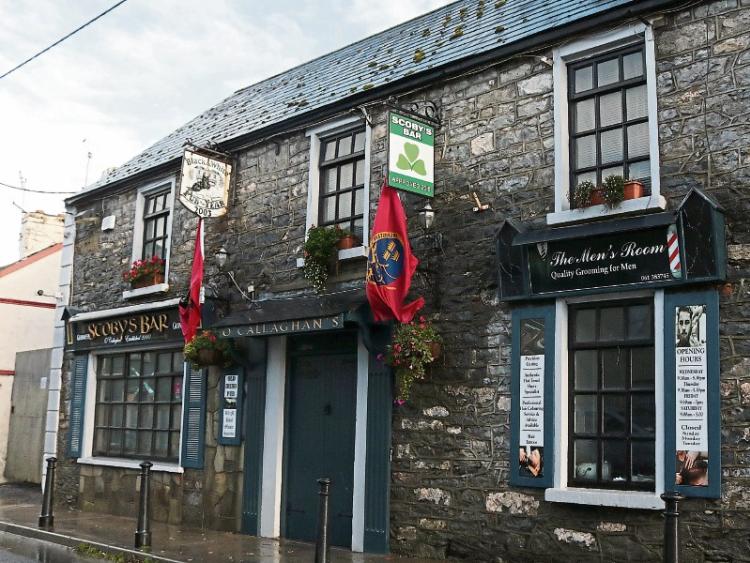 A MOTHER-of-three has objected to the renewal of a county pub’s licence after an incident on the night of Limerick’s All-Ireland final win.

Teresa Nolan, of Main Street, Hospital took the case against Scoby’s Bar in the town. In Kilmallock Court, Mrs Nolan alleged she was assaulted in the pub’s toilets. Mrs Nolan said that after the incident bar staff wouldn’t ring gardai or phone for an ambulance.

“She was asking for cameras. She was wiping blood all over her face. She and her friends were like drama queens,” said Mrs O’Callaghan.

Mrs Nolan denied she acted like a “drama queen” and also denied she was wiping blood on her face.

Mrs Nolan, who represented herself in court, said on the evening of Sunday, August 19, she and her husband attended Scoby’s Bar. She alleges that she was “viciously assaulted” in the ladies bathrooms by two female customers. Gardai are investigating this complaint.

“It was the way I was treated after. I went to the bar to get help. My face was opened. The bar man said “out, out”. Then Pat O’Callaghan [husband of the proprietor] brought me into a room behind the bar.

“I said, ‘Will you please call an ambulance and gardai’. The girls were still on the premises. I said, ‘Do you have cameras?’ Pat said, ‘No’ and he ‘didn’t have a number for the gardai’. I lost consciousness behind the bar,” said Mrs Nolan.

“Most people were intoxicated. The bar staff are sober. They refused to leave my husband in to me. Blood was pouring out of me. I knew I was getting no help,” said Mrs Nolan. She said her husband called gardai, she attended Shannondoc before being sent to UHL for a “suspected fracture” to her face.

Mrs Nolan said she knew the alleged assault was “not their fault but I can’t understand why I wasn’t helped and a garda, ambulance, doctor called”.

Mrs Nolan said if the pub had cameras it would have assisted the garda investigation.

“The way I was treated. I don’t want to see another woman in the condition I was in treated like that,” said Mrs Nolan.

Judge Lucey said it is quite possible they did not have the garda number.

Mrs O’Callaghan took the stand and confirmed to their solicitor, Kevin Power, that she and her husband have run Scoby’s Bar for 18 years.

Prior to that she worked in a hotel for 13 years. The court heard Scoby’s Bar is a successful enterprise, has won awards and has no endorsements on its licence.

Mrs O’Callaghan said Mrs Nolan arrived in to the bar at 9.20pm on the Sunday of the All-Ireland hurling final.

“She looked for a girl. She didn’t look to be served. She wasn’t drunk. I didn’t see her until ten to 11. She had blood over her eye.

My husband brought her into the kitchen. She was wiping blood all over her face. She was asking for cameras,” said Mrs O’Callaghan.

Mr Power asked the proprietor if Mrs Nolan asked for gardai or an ambulance.

“No. There was no need for an ambulance. She was running around.

“Her husband was trying to get in behind the bar. We didn’t know it was her husband,” said Mrs O’Callaghan.

Mr Power asked what happened next.

“I went out of the kitchen. She followed out with her two friends. After that her brother led her out and her husband followed,” said Mrs O’Callaghan.

Mr Power asked if that was the end of it?

“People were panicking. She and her friends were like drama queens. We have cameras installed since,” said Mrs O’Callaghan.

Mrs Nolan denied they behaved like “drama queens” and said gardai were “appalled” that they weren’t rung.

“They are very well regarded in the community and it is a very well run bar. I ask that the objection to the renewal of the bar licence be refused,” said Mr Power.

“If you think you have a claim that they did something wrong you can sue them. Taking a licence away is a lose lose,” said Judge Lucey.

He said the licensee’s recollections are not the same as the objector’s.

“I’m not happy with the fact the licensee is being blamed for not doing something when her husband, brother, friends could have rang [gardai, ambulance]. If you were on your own I would have more sympathy,” said Judge Lucey.

He said he was refusing Mrs Nolan’s objection and that Scoby’s Bar licence should be granted.

Mrs Nolan said she would appeal the decision.