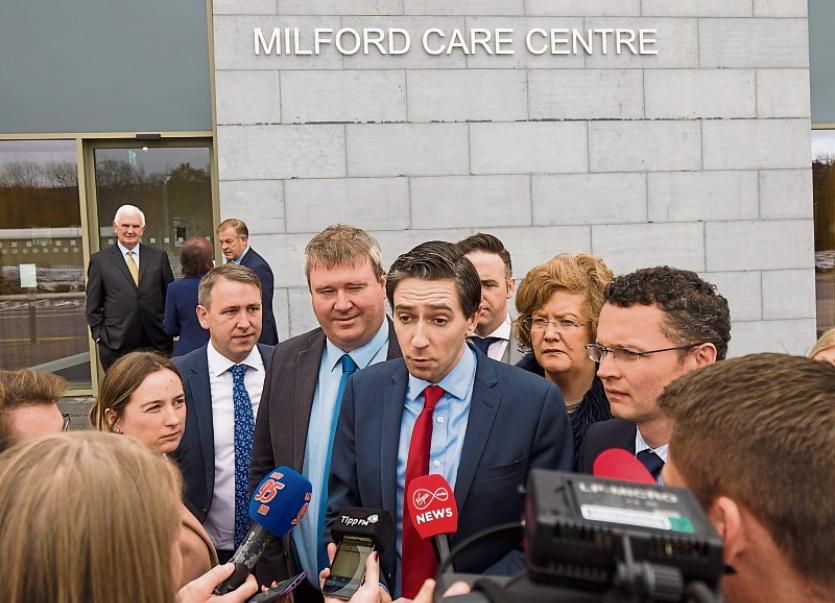 THE MINISTER for Health Simon Harris has said there is an onus on hospital management to manage and prepare for chronic overcrowding.

The Minister made the comments at the unveiling of Milford Care Centre’s new €12m expansion this Monday morning, when he also announced government funding for the new 60-bed modular block.

Minister Harris was questioned about severe overcrowding at University Hospital Limerick, where there were 1,045 patients being treated on trolleys in October, an unprecedented level for the autumn period.

And based on this week's figures, it is likely that overcrowding could exceed 1,000 this November, as there were 265 patients on trolleys between Monday and Friday.

According to figures received by Deputy Niall Collins, 30% of patients waiting on a trolley are those aged over 75.

When asked why this was happening in Limerick and not in any other region, he told the Limerick Leader it was a result of the Brian Cowen-led Fianna Fail government removing the emergency departments in St John’s, Nenagh and Ennis.

This has been a belief firmly held by Fine Gael politicians since Enda Kenny was Taoiseach.

“[It is] because of the failures of the past because of policy decisions that others made to shut down other EDs without putting the bed capacity in.

The Limerick Leader pointed out that these emergency department closures were around seven years ago, and asked the Minister is there an onus on management to be able to foresee that 1,000 patients will be on trolleys.

He replied: “Certainly, I don’t recuse anybody of the responsibilities as managers to continue to manage. The government is funding the health service to tune of €17bn next year. The Irish health service is receiving a large budget every year.

“And I think you’re entirely right. Yes, whilst we need more capacity, of that there is no doubt, there is still an onus on a daily basis on everybody to manage the situation. To make sure that ward rounds are done early, to make sure that there is good senior clinical decision making and senior management on site. That there is preparation we know that numbers can build up over the weekend, so what can be done so there is more discharges over the weekends. What relationships can be put in place between the nursing home sector, the home help sector, so there is lots of things that can be done and should be done,” he explained.

Minister Harris commended the UL Hospitals Group for their progress in relation to the 60-bed block, which is due to be built in 2019 under a €14m 300-day contract, whose procurement process is still underway.

When asked if he did intervene, Minister Harris told this newspaper: “Not at all. Certainly not to the best of my knowledge. I mean, people have a right under our laws to make objections, and certainly it would be inappropriate as Minister to comment on anybody’s right in that regard.”