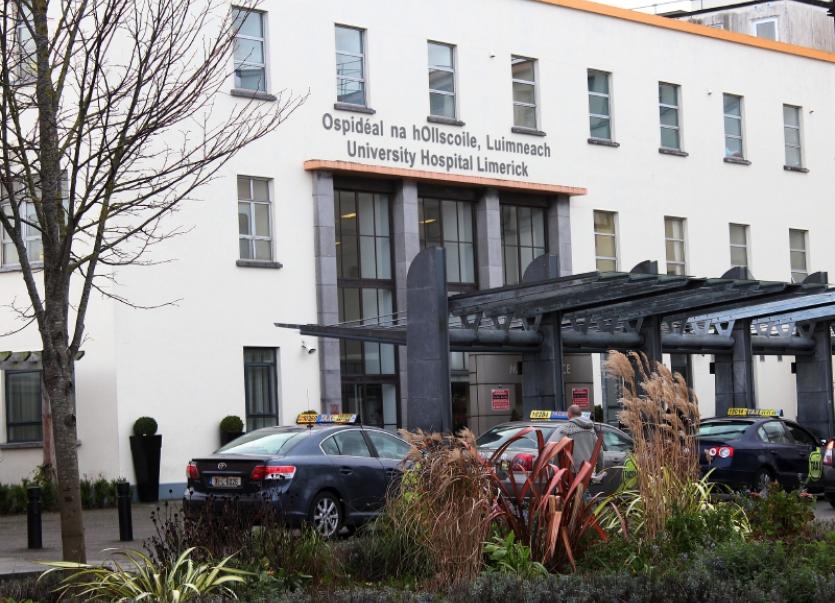 UHL has launched a probe into the matter this week

UNIVERSITY Hospital Limerick has launched an investigation into how an elderly dementia patient was able to leave its emergency department without supervision and make her way home by taxi, while wearing no shoes and with an IV tube still attached to her.

Margaret Kirkby, 80, was taken to UHL by ambulance from a nursing home in County Clare as she had “very low” oxygen levels and required intravenous antibiotic treatment, on Friday after 11am.

Her son Paul told the Limerick Leader that his mother is a resident at Cahercalla Nursing Home in Ennis, and suffers with a lung condition, and is prone to high temperatures and infections.

The nursing home said that a GP made a decision to transfer her to UHL, with which the family agreed, and she was transferred safely “without any incident”.

However, at around 6pm that day, when Paul's father and brother returned to the family home in Shannon after a trip to Cavan, Paul's father heard a knock on the door and saw his wife.

The pensioner was able to leave the emergency department, despite her trolley being placed in front of the nurses’ station in the ward, Mr Kirkby said.

He said that his brother received a phone call from a nurse at UHL, apologising.

He said the whole family was in shock over the incident. “I don’t think it really sunk in with what could have happened. We

were all shocked, of course. It’s just nuts.”

“Anything could have happened. It appeared she got off the trolley, she had no shoes on and somehow get a taxi back to the house,” he said this week.

However, the family and the hospital are still uncertain as to how she left the emergency department, entered a taxi and made her way back home to Shannon.

A spokesperson for the UL Hospitals Group said that it “can confirm that it is examining the circumstances involved in this incident and is dealing directly with the family concerned. We would like to reiterate the apology that has already been expressed directly to the family. The level of supervision required by all patients is determined on a case-by-case basis by the medical and nursing teams.”

Paul said that she had an IV line in her arm and was not wearing shoes when she left the emergency department.

Her son Paul travelled to UHL to meet with management.

“They took a little time out to come out to me, they walked me in, they apologised, that it never should have happened. They showed me where her bed allegedly was, in front of the nurses’ station. They’re just too busy and they just couldn’t mind her.

“They were just saying that they took their eye off the ball and that she just got out, that she saw the opportunity and walked out. She wasn’t even thinking that, she was probably just in her own head: ‘I am going home’, and then just walked out the door, she had some money on her. So we don’t even know which door she went out of yet,” he explained.

He said that he had an agreement with the ward manager that his mother would go to an isolation cubicle and would have nursing assistance sitting with her for the duration of her treatment.

He added: “You feel sorry for them because it’s just crazy, but in the public interest, people need to know what’s going on.”

The nursing home said Ms Kirkby returned to the centre at around 6.30pm, accompanied by her son who “expressed his disappointment in relation to how his mother was discharged from A&E.

All residents who leave our establishment by ambulance to go to A&E immediately come under the care of the HSE until they are transferred back to our home.

Margaret is back with us now and is receiving relevant treatment for her conditions with her family fully informed of care being given.”