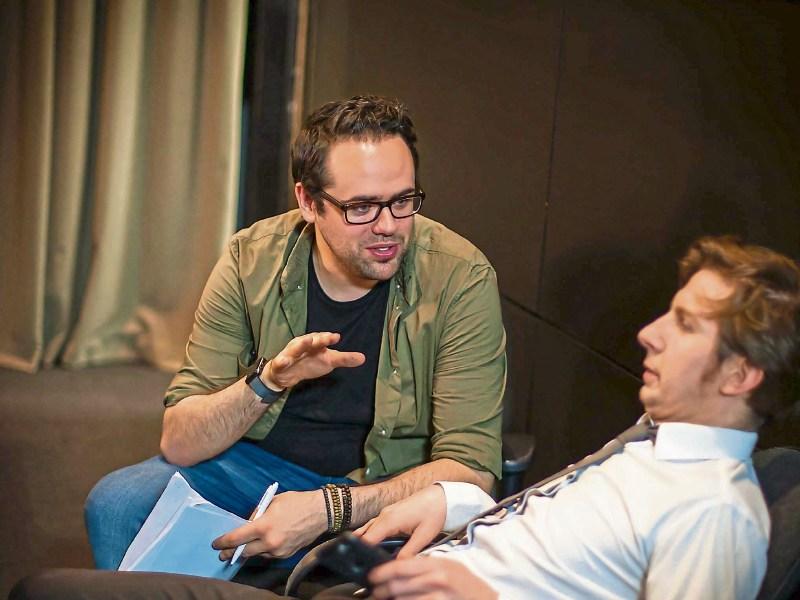 Stephen Hall behind the scenes of Nightshift

ONE of Limerick and Ireland’s most promising young film directors has secured a career-defining deal, as his homegrown debut is set to appear across the globe over the next year.

Limerick city man Stephen Hall, 28, with fellow producer Paul Thompstone, have released their horror debut Nightshift, which is set to be distributed by Sony Pictures across North America this year.

Nightshift tells the story of a young American woman, Amy, starting her first night shift in an Irish hotel, unaware of its dark past. Amy finds herself trapped on the fifth floor of the hotel, forced to relive the horrors of one gruesome night.

And the majority of it is filmed in Limerick, between Limerick City Hotel and The George Hotel, with Ennis’ Old Ground also featured. On top of that, most of the cast is local, including Mungret’s Nigel Mercier.

It is expected to be released in the Middle East, Scandinavia, China, Vietnam, Taiwan and India, though no dates have been confirmed yet.

And the Leader can reveal that Hall’s film will be released on DVD-Bluray in Ireland and the UK on January 1, 2019. Netflix and Amazon Prime releases are also on the cards for the Shannonside film makers.

He said that one of the strengths of the film is its Limerick focus.

“I wanted to work with people that I’ve worked with over the years on various projects because we operate on the same wavelength and on an indie film you have to play to your strengths and the cast and crew were definitely one of the strengths,” he said.

“Most of the film was filmed in Limerick actually. The story was set here and uses the city, colleges, hotels and even the Limerick skyline. Most of the film takes place inside a hotel but while we were outside I really wanted to use the city. Our main character Amy is not from Limerick so I wanted to present it to the audience as she learns about it,” he said last week.

Hall said that Nightshift is a “true independent” film, funded from the producers’ own pockets. The two were on a mission to sell the idea to major agents at last year’s Cannes Film Festival, by showing off a 20-minute sizzle reel of the best scenes. They came home with a deal with Archstone distribution.

He said he feels like “we have done the impossible. We made a film on a shoestring and managed to get to so many places that we would have never thought we could”.