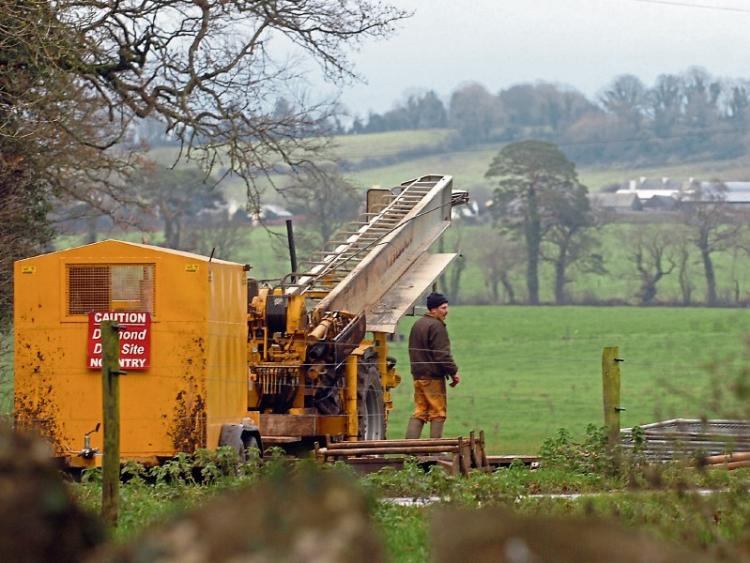 Drilling in the Bohermore area of County Limerick

The Stonepark area extends from Ballyneety to Bruff and from just south of Pallasgreen to Croom. Preliminary drilling is expected to total 1,500-2,000 metres and focus entirely outside the existing mineral resource estimate footprint

Bart Jaworski, CEO of Group Eleven Resources, said: “We are excited to embark on this important next stage of exploration in the Limerick basin. Despite being relatively new and underexplored, this zinc camp is already the most metal-endowed region in Ireland, outside Boliden’s Navan zinc deposit.”

“Mineralisation discovered to date in this area includes Glencore’s ‘Pallas Green’ deposit, our neighbouring Stonepark deposit, our Carrickittle and Oola occurrences, as well as, our five regional prospects identified by the previous operator. Our Gortdrum prospect – an open-pit copper mine from the 1960s - is also in the area and postulated as a feeder system for zinc mineralization in the district,” he continued.

Mr Jaworski said the above deposits and occurrences are located in a roughly concentric pattern around the Limerick volcanic complex.

“Recent academic work suggests these volcanics may play a significant role in the emplacement of zinc mineralisation. One of the exciting ideas being developed by Group Eleven as part of the ‘Big Think’ is that known mineralisation represents merely the outer edges of the system - with its heart located towards the centre of the volcanics.

“With that in mind, it will be very interesting to combine geological information from this preliminary drilling with results from the ongoing Tellus airborne survey to produce high-priority drill targets for next year’s ‘Big Drill’ program,” said Mr Jaworski.

Group Elevens ‘Big Think’ exploration is an open-minded and methodical search for tier-one zinc deposits in the Irish Zinc District through comprehensive re-evaluation of over 70 years of exploration data, combined with cutting edge geophysical and geochemical techniques. The company believes no other zinc-focused junior or major company is currently exploring on such a broad and deep scale in Ireland.

Connemara Mining Company owns the remaining 23.44% interest in Stonepark. Patrick Cillen, Connemara CEO, said this week: “Stonepark is where we’d expect to see a lot of our newsflow coming from over the next few months. Our best grades have been 25% zinc over 4.5 metres, or 32% zinc and lead combined. That’s really high grade in what we already knew was a high area. Now we have to follow it up.”

The property is adjacent to Glencore’s Pallas Green deposit, which is one of the largest undeveloped zinc projects in the world, with an estimated resource of 44 million tonnes grading 8% combined zinc-lead. Group Eleven Resources believes the Pallas Green trend has historically been underexplored and remains poorly understood. In recent times, the trend has been shown to be significantly larger, in terms of mineralisation and alteration, than other mineralised trends in Ireland like Silvermines and Rathdowney.

Glencore - an Anglo–Swiss multinational commodity trading and mining company – re-started drilling at its Pallas Green prospect, which is centred around the Caherconlish area, last year. The project had been put into abeyance for a number of years. A Glencore spokesperson confirmed that the company had engaged a local firm for drilling.

“The objective is to better understand certain aspects of the deposit,” they said, adding that any decision about building a fully-fledged mine at the site was “a long way down the road”.