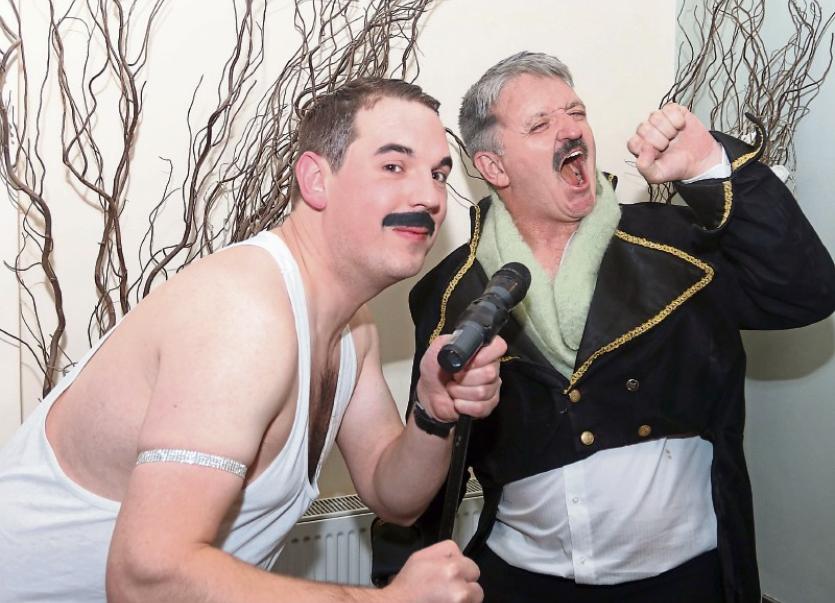 DOON GAA Club went down fighting against Na Piarsaigh on Saturday night but they were up dancing on Sunday night.

A lip sync battle to raise money for the club was the perfect antidote to the bitter county final disappointment. Limerick hurlers Pat Ryan “Simon” and Barry Murphy had the crowd on their feet in the Gaelic Grounds with their goals and points. And they had them up clapping in the Ballykisteen House Hotel too.

Cathal McNamara is Doon GAA Club’s shot stopper but he was a show stopper with his Tina Turner inspired performance. However, none of them could compete with winners of the public vote, Trinity –  Jennifer Creagh, Trish Fahy, Marian Murphy. Sponsored by Margaret Ryan Auctioneers, the ladies’ Madonna medley brought the house down. The judges’ prize went to Paddy Dore Commercials backed Liam Barry, better known as Bingo Barry.

“They were all incredible. It’s not easy to stand up in front of a crowd of 800 people and perform. They all brought their own personalities to the acts. They were all different but all entertaining,” said Audrey, who added that the acts gave up their Monday nights for weeks for rehearsals.

She said the whole club was downbeat on Saturday night after the county final defeat but the lip sync battle on Sunday lifted spirits.

“All the team was there. They did their best on Saturday night,” said Audrey.

They will have to wait at least another year to win their first senior county. However, the club has had a year to remember with four All-Ireland medals – Richie English, Darragh O’Donovan, Pat Ryan “Simon” and Barry Murphy.

The thousands raised from the lip sync battle will go back into the club. It is too early to give an amount due to the combination of ticket sales and text votes.

On behalf of Doon GAA Club, Audrey thanked all the performers, sponsors, attendees, choreographer Trish Shine and Paul Ryan, who both “pulled the whole show together”.