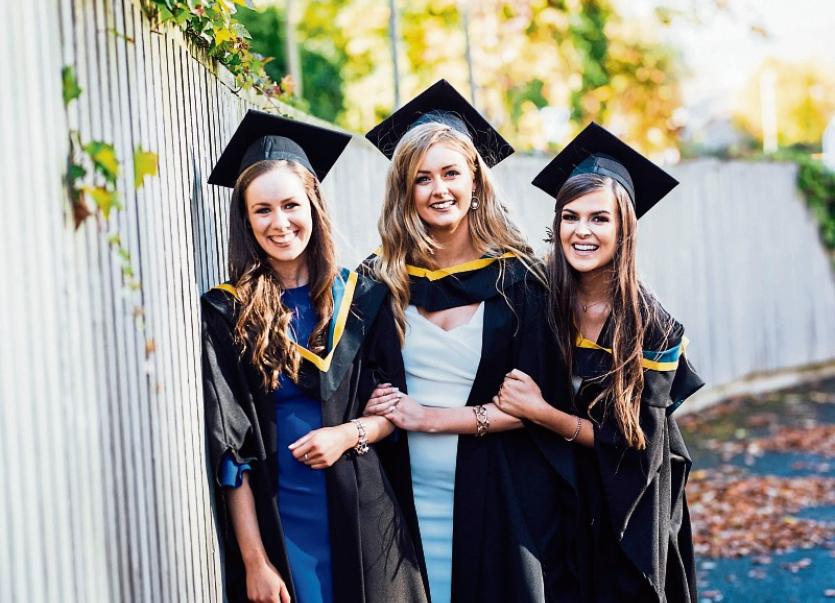 THREE days, two College Gold Medals, and the Liam MacCarthy Cup. Almost 2,000 graduates from across the globe were presented with their academic degrees as annual conferrings took place at Limerick’s Mary Immaculate College.

Guest of honour this year was the Liam McCarthy Cup, as the trophy joined the 1,903 students graduating from the third level institute on O’Connell Avenue.

Hockey hero Roisín Upton, who played a part in Irish sporting history as a member Ireland Women’s Senior Hockey Team who took home silver in the 2018 Hockey World Cup final, was also presented with an award in honour of her achievements this year.

The Raheen woman, who is a current PME (Primary Teaching) student at MIC, was presented with an Award for Outstanding Achievement along with Limerick hurling legends Cian Lynch, who graduated with a BA in Geography, and Theology and Religious Studies, and Aaron Gillane, a current MIC liberal arts student.

Kelly Ryan, from Lisnagry, was awarded the College Gold Medal for achieving first place in the Education and Psychology programme.

Also from Limerick was Rebecca O’Grady, from Adare, who was awarded the College Gold Medal for achieving first place in the BA in Liberal Arts.

Dr Derek Mulcahy from Mungret, Co. Limerick,was also among the 12 graduates to be awarded a doctorate award.

Dr Mulcahy returned to College as mature student in 2011 when he completed the Foundation Certificate for Mature Learners.

Following this, he completed a BA in History and English before successfully undertaking a PhD in History.

Congratulating the Class of 2018 President of MIC, Professor Eugene Wall, said: “Excellent teaching comes from the heart.  It is found in the commitment, the caring, and the compassion that wells up from the inner humanity of the teacher.”