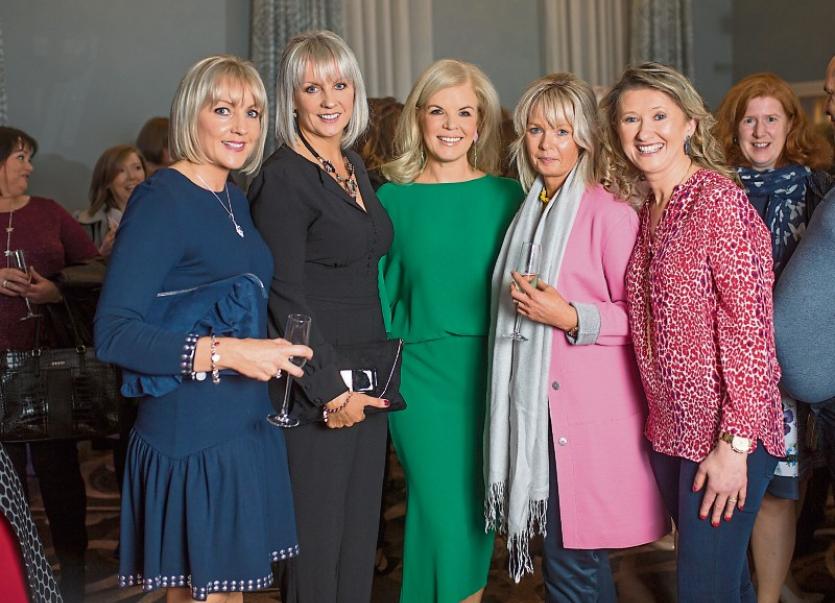 ALMOST three decades after she founded the organisation now known as Chernobyl Children International, Adi Roche is still a passionate advocate for the cause.

At the weekend, Ms Roche spoke eloquently and from the heart at Fall into Fashion, a fundraiser organised by a trio of Newcastle West boutiques at the Longcourt House Hotel attended by 200 people. She also showed a short film  outlining some of the “very hard stories of children who are very fragile and whose lives are dangerously in the balance”.

“These children are abandoned and forgotten by the world,” she explained. The nuclear disaster that was Chernobyl 1986 is still continuing to unfold across Belarus, Western Russia and Northern Ukraine.

Altogether some seven million people live in the area contaminated  by radiation.

“It is cross-generational. It is in the DNA, in the water, the air and the food,” Ms Roche pointed out.

“Our priority is the one million children at risk right now,” she added. They are the Third Generation, the Chernobyl Lineage.

“Children are the most vulnerable… they are small people absorbing adult doses of radiation. We never know when the damage is going to show,” she explained.

“Immune systems are damaged and we also have Chernobyl Heart.”

By bringing children to Ireland, and so far the charity has brought 24,500 children for respite, it adds two years to their lives, Ms Roche continued. Chernobyl Heart, she went on to explain, is a condition you can live with. “But you will die without treatment.”

To date, 4,000 children’s lives have been improved following cardiac treatment and surgery funded by the people of Ireland.

Another element of their programme, Ms Roche explained, was the focus on infrastructural in-country development. The charity is providing hospice and palliative care, “helping children on the cusp of life and death, supporting children to be kept at home.”

They were also working towards de-institutionalisation of children abandoned in orphanages. “You cannot allow the culture of abandonment to continue,” she said. “It comes from despair and poverty.”

Two orphanages had now been closed, Ms Roche explained, and the children transferred into 30 homes which they call Homes of Hope. There is, she pointed out, a Limerick Home of Hope.

“We cannot undo the damage,” she continued. “Our job is to alleviate that suffering and pain. We can say, here are our helping hands, here are our sheltering arms.”

The long-lasting nature or longevity of the disaster is a huge challenge, Ms Roche acknowledged. “You cannot undo the genes. All we can do is make it as good as it can be.  Rather than being paralysed, we always focus on the power of the possible.”

“Every life is worth fighting for,” she stressed.  “The onus is on us to give that incredible gift of live. For me it is one by one we save the child, one by one we try and make the miracle happen.”

“We are part of the same human family That is the answer. We are heart to heart, shoulder to shoulder, arm in arm, we are in this together.”