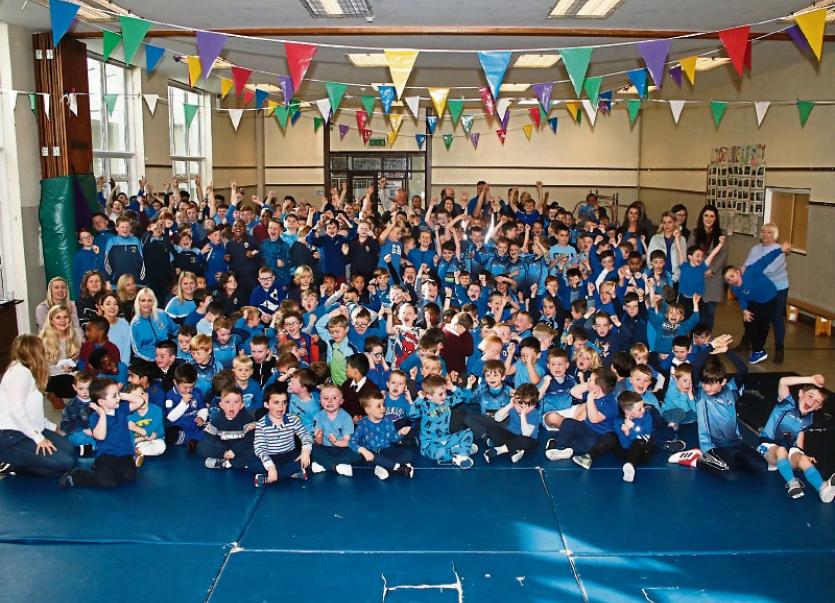 THERE is real excitement and confidence that Na Piarsaigh can retain the county hurling title for the first time in their history.

Children at Christ the King National School donned the distinctive sky-blue shirts of the club this week as they got ready for Saturday night’s showpiece under lights at the Gaelic Grounds, throw-in 7.30pm.

The school is adorned with flags and sky-blue bunting as teachers and students alike get ready to cheer on their heroes in the hope they can conquer Doon and retain the trophy they won last year, en route to Munster glory.

School principal Pat Millane said keeping the Daly cup in Caherdavin would be “the icing on the cake” after Na Piarsaigh supplied six players to Limerick’s victorious All-Ireland panel.

”To paraphrase the Duke of Wellington, he said it was the playing fields of Eton where the Battle of Waterloo was lost and won. We reckon the All-Ireland and the County Final will be lost and won on the Christ the King parish fields. In effect, the spine of the team comes from our school,” he said.

Principal Pat believes Na Piarsaigh can once again go all the way to the All-Ireland final and capture a title so cruelly denied to them by Dublin’s Cuala last March.

First it’s Doon though – who have in their ranks four senior county hurlers, in the shape of captain Richie English, Darragh O’Donovan, Pat Ryan ‘Simon’ and Barry Murphy.

Among the students, there is confidence the city side can conquer their county cousins.

“They are not really that good. I think we’ll beat then by a lot of points,” declared nine-year-old Luke Madden from Ballynanty, who has plundered five goals at his level this season.

But the principal was more cautious, saying: “It would be a foolish man or woman who would take them for granted.”​

It will be a doubly special day for ten-year-old Greg Shinnors, from Shannonvale, with his level playing a half-time game on the turf of Páirc na nGael against their Doon counterparts.