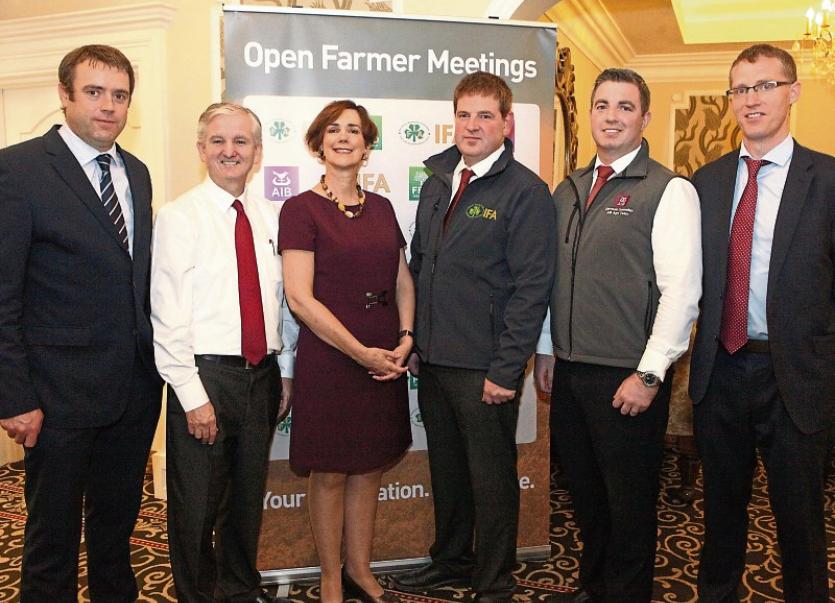 MANAGING and understanding your farm finance has “never been more important” was the opening comment of Limerick IFA chairman Shay Galvin at the county IFA open farmer meeting.

The Woodlands House Hotel recently hosted the sixth event of a series of open farmer meetings around the country held by the IFA and supported by FBD and AIB.

The focus was financial discipline, Budget 2019 and the fodder crisis.

Jeff Bray, FBD Financial Solutions, started off the evening with a presentation on pensions, specifically succession and retirement planning.

In terms of support offered, FBD are there to help farmers create, manage, access and pass on their pensions. He highlighted the importance of having a pension and that there are a number of advantages of having one, including tax relief on contribution, tax-free growth, wealth creation, inheritance planning and death benefit, to name but a few.

Speaking on farm finance, Diarmud Donnellan, AIB agri specialist, acknowledged that although there has been growth in the last month, with rising costs and reduced revenue, it has been an extremely challenging year for Irish farmers. Outlining the suite of cashflow support options available to Irish farmers - including AIB’s Farmer Credit Line with an interest rate from 3.825% variable - Mr Donnellan encouraged farmers to quantify their working capital needs and to engage early with the bank.

Tim Ryan, from IFAC, brought the audience through Budget 2019 and the main aspects that will impact farmers. He noted that while there was not a huge amount of change there are some welcome positives including €20 million of funding granted to the suckler sector under the new BEEPS scheme, €23m for the ANC areas to reverse the cuts made in 2009 and on the taxation side the earned income tax credit has been increased by €200 to €1,350.

Mr Galvin concluded by saying while he welcomed changes in the Budget much more is needed to tackle the bigger issues of Brexit and CAP Reform in the coming months and years.