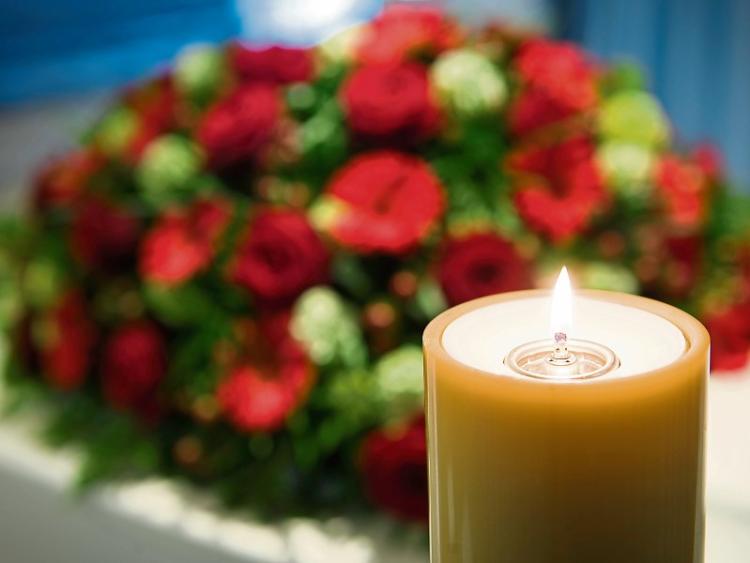 Requiem Mass Tuesday October 23 at 11.00am with burial afterwards to Castlemungret Cemetery.

The death has occurred of Jimmy Hayes, Holycross, Bruff and Newcastle West, Limerick.

Reposing at Butler's Funeral Home, Bruff this Sunday evening from 5 o'clock with removal at 7 o'clock to Ss. Patrick and Brigid's Church, Grange. Requiem Mass on Monday at 11:30 am followed by burial in the adjoining cemetery.

The death has occurred of John McClelland, Galbally, Limerick.

Reposing at Fraser's Funeral Home, Galbally, Co. Limerick. E34 AE 22 this Saturday evening from 6pm to 8pm. Funeral arriving at Galbally Church at 8.45pm. Requiem Mass on Sunday at 11.30am. Burial afterwards in the local Cemetery.