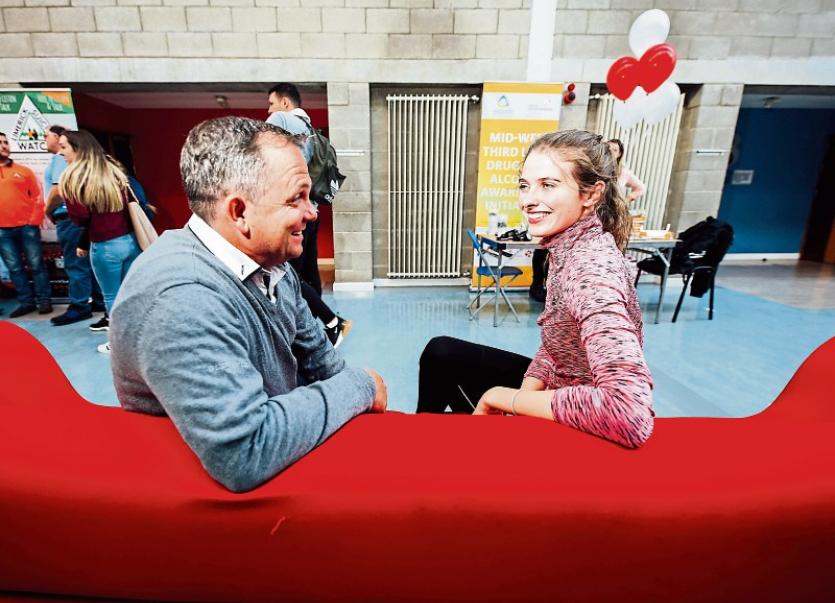 MARKING World Mental Health Day, All-Ireland winning goalkeeper Davy Fitzgerald spoke with students at the Limerick Institute of Technology (LIT) about the “necessity to speak out and ask for help.”

Mr Fitzgerald reminded students that it is okay to admit if and when they are not okay, and that such an admission is a sign of “strength rather than weakness.”

The hurling All-Star has in the past spoke candidly about his experience of childhood bullying and the impact it had on him, especially during his teenage years.

The new LIT ambassador drew on these experiences, as well as his managerial and coaching skills, to address some of the challenges student encounter on their journey through college and adulthood.

Mr Fitzgerald moved to his new role as LIT ambassador, having decided to step down as longstanding manager of the institute’s Fitzgibbon Cup Hurling Team recently.

He managed the college’s hurling team for 16 seasons, including the college’s two Fitzgibbon Cup wins, achieving a win ratio of over 70%.

In his new role as LIT ambassador, Mr Fitzgerald will engage with students who are experiencing challenges and uncertainties in a unique partnership with LIT’s Student Support Services.