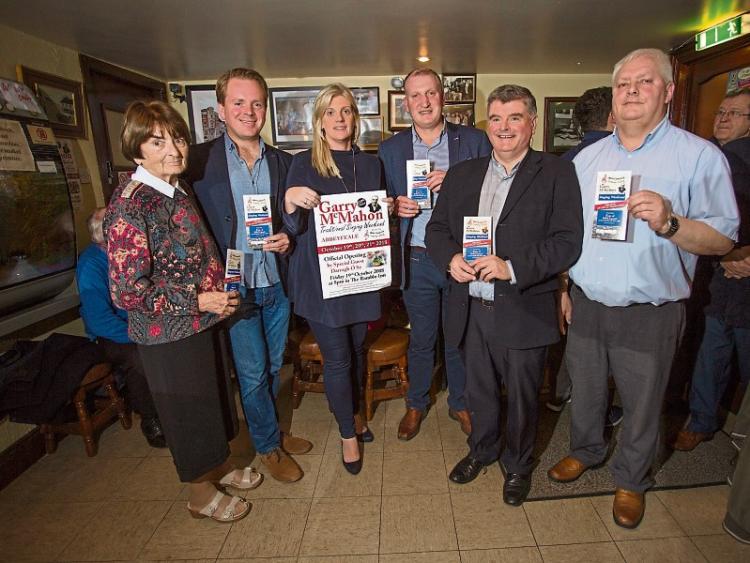 THE West Limerick Singing Club will mark a significant milestone in its history next week when the 10th annual Garry McMahon Weekend takes place in Abbeyfeale.

Since it was established in 2008 in honour of the late balladeer, singer and solicitor, Garry McMahon, the weekend event has grown in numbers and reputation and now holds a valued position in the Irish singing calendar and among the singing cognoscenti.

“Garry was a proud member of the singing club prior to his death in 2008,” Garry’s brother Owen McMahon said at the launch of this year’s event. “ At the monthly sessions he would sing his own compositions such as “The Land of the Gael”, “My own

Newcastle West” and “The Hills around Listowel” and he would indeed be proud to know that these songs are still being sung not only in West Limerick but throughout Ireland.

And he attributed the success of the Garry McMahon Weekend to the hard work of the West Limerick Singing Club, adding: “It is also testament to the growth and interest in ballads and ballad singing which has resulted in the setting up of many Singing Clubs throughout Ireland.”

Predicting yet another successful weekend from October 19 to 21, Mr McMahon continued: “Singers from the four corners of Ireland from Cork to Tyrone,from Sligo to Wexford will give  air to their native songs and ballads. Each singer or storyteller is guaranteed an attentive audience and their contribution is treasured and valued as it is unique in its presentation and gives us an insight into the different oral traditions throughout Ireland.”

The Garry McMahon Weekend, he said, “most aptly takes place in an area where the ballad has always been a considerable force and where the art of ballad making is still very much alive.”

“It is however indeed hoped that as a result of the weekend, rural Ireland as a whole shall continue to produce ballad singers and ballad makers to chronicle peoples’ sorrows and joys, their whimsies and their loves and to delight generations for many years to come,” Mr McMahon concluded.

Big crowds are expected when legendary Kerry footballer Darragh O’Sé officially opens the weekend on Friday, October 19 in the Ramble Inn at 8pm.

On Saturday morning there will be a special lecture and presentation called “The Story and the Song” giving the background to the events recalled in the well known ballad “The Valley of Knockanure” by Bryan McMahon.

Saturday afternnoon will see a very special singing session dedicated to songs and recitations of GAA legends such as Tommy Quaid, Christy Ring and others and the hope is that Limerick’s victory this year will have sparked some new ballads. On Saturday evening Aifreann na Ríochta composed by Garry McMahon will be sung in Abbeyfeale parish church.

On Sunday afternoon at 3pm at Fr. Casey’s GAA Club a special tribute and presentation will be held to honour Kitty O’ Donoghue and Nora Kennedy, both well-known  Carrig family sisters and singers.