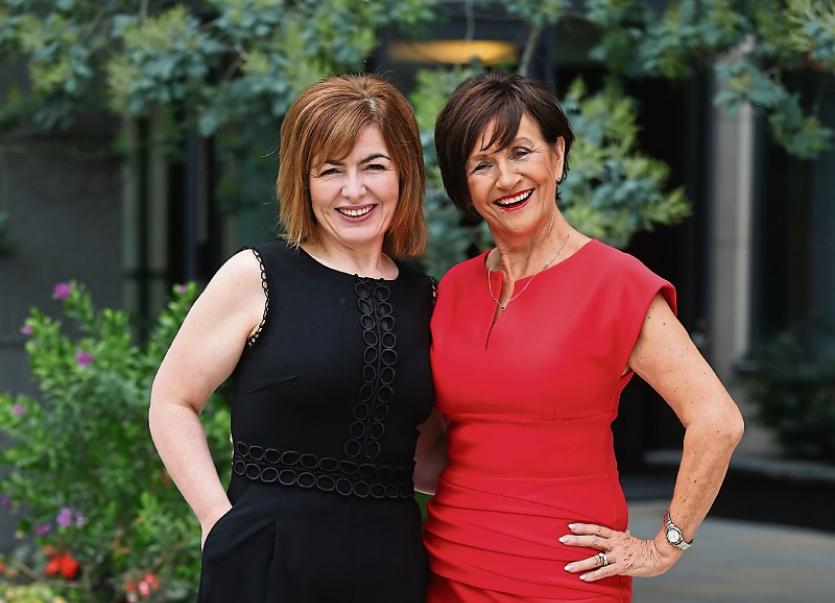 THEY may not have brought home the ultimate accolade of Unislimmer of the Year but nobody can doubt that the two Limerick women, Helena O’Brien and Patsy Nolan who made it to this year’s final, are winners in their own right.

Between them they lost 10 stone, but even more importantly, they achieved powerful personal targets and opened new worlds of possibilities for themselves.

The two, Helena from Shanagolden and Patsy from Newcastle West, flew the flag for Limerick when they were among just 10 finalists at a ceremony in Dublin.

Patsy Nolan, who featured in the Limerick Leader just two weeks ago, lost six stone on a journey which she said transformed her, inside and out.

“It has given me the confidence and the belief in myself that I can do things, because sometimes we cut ourselves down,” she revealed. And her single most important piece of advice to others was to take it “one pound at a time.”

It was her impending wedding which got Helena O’Brien on her journey to health, fitness and a slimmer, more svelte figure and to finally triumphing over her yo-yo weight issue.

She was, she admits, a comfort eater and after leaving school, herballooned quickly. By age 20, that had turned into an ongoing battle with diets and weight loss. Every year, she would gain weight and lose weight, trying every diet available and had actually accepted that her fate was to be overweight for the rest of her life.

In June 2016, however, Helena made a decision which was life-changing. She joined Unislim.  Within six months, she had lost almost two stone. It was, by any standards, a good achievement but Helena’s rollercoaster relationship with food began to kick in again.

“I tried to outsmart the plan by only sticking to it during the week,” she admitted.

But a pep-talk with her Unislim leader after class one day proved to be Helena’s “light bulb moment”.

“I realised I deserved this, I owed it to myself to knuckle down and get to my target. And so I did,” she said.

Realising that this was 100% for life and that she had to enjoy the journey helped her make the breakthrough that had long evaded her.

“I really cracked it. I made the changes and I lost the last two stone.”

Reaching her target was a real red-letter day.

“The day that I stood on the scales, I looked at my leader. I was crying and she was crying. I never felt like I could finish anything – all the various things that had gone wrong in my life such as dropping out of college were put aside.  That day was up there with having my children in terms of my sense of achievement,” Helena said.

“Not having weight to worry about  weight actually eases the pressures on my life, it eliminates that problem that was always there. Life is that bit easier,” she beamed.

Julie Fitzpatrick from Co Laois was this year’s Unislimmer of the Year.