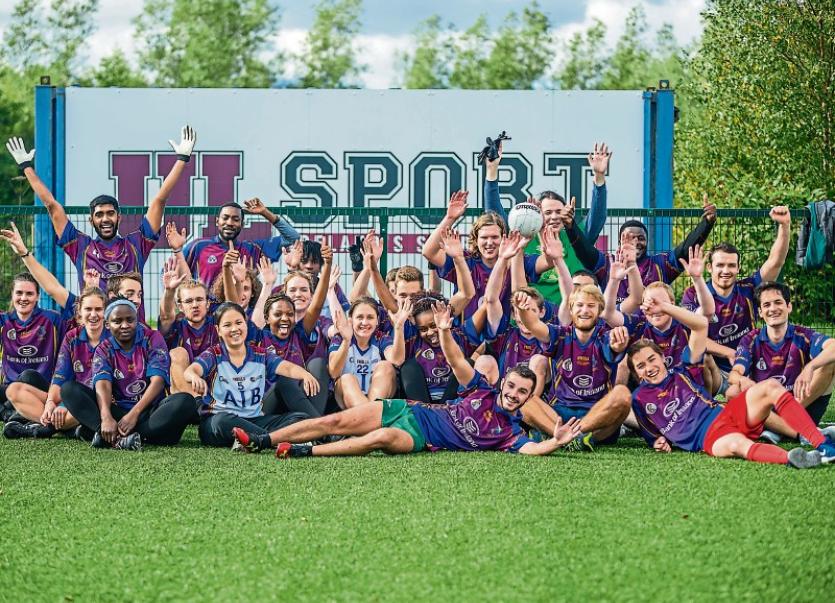 THE UNIVERSITY of Limerick played host to an international Gaelic football tournament at the weekend, which saw students and people of college-going age from Limerick’s direct provision centre take part.

For the last four years, the International Education Division at UL has hosted Gaelic Games training for international students with Go Gaelic, a Clare company.

“We put so much work into making sure the students integrate and adjust and get the best possible experience when they come to Ireland,” student support officer Yvonne Crosse said. “We want to make sure they get a taste of Irish culture and that includes sport. The tournament has grown every year.”

“We had a Go Gaelic session and I had a blast,” Ray Byerly, a UL international student from Oregon, said.

“We also have a Gaelic Games module. Its dope, a lot of fun. It's a little like basketball and football but it also reminds me of my American football days but with less contact.”

Moïsha Van Munster, another UL international student from the Netherlands, had never played Gaelic football until she came to the university.

“I love it. I used to play European handball and its quite similar in the way its very fast and aggressive.”

Ola Cole, a student of business in UL, said: “It's a very good game. I took it up six weeks ago and everything is going well.”

“I have a couple of lads on my team from different backgrounds, different ethnicities. The game brings everyone together.”

This year, teams were made up of a combination of players from both the UL international student and people living in Limerick’s direct provision centre.

“We had the idea this year that it would be nice to involve those living in the direct provision centres as part of the tournament,” John Hogan of the UL International Office said.

“It is in keeping with UL’s status as a University of Sanctuary as well.”